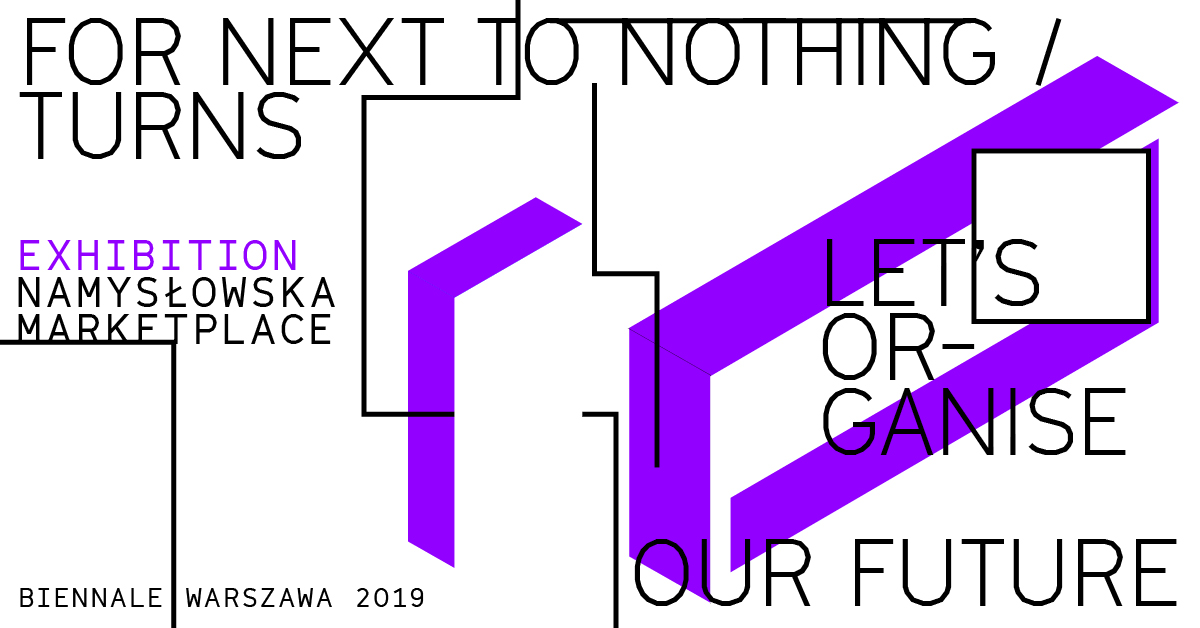 A marketplace: a collection of random objects, a ritual establishing the rhythm of life in a district, a caricature of capitalism, a grotesque theatre with a shabby set design. By visiting it regularly, one can closely follow the circulation of objects – interesting, disgusting, mostly worn out. They gain symbolic value for several hours when the trade is made, turning back to worthless rubbish afterwards. What does not sink into the mud returns to circulation the following week. At the marketplace, it is difficult to avoid the impression that the end of the world really is right around the corner.

Throughout the last year, in commercial and service unit No 34 at the Namysłowska marketplace, I have been organising For Next To Nothing – a series of events in which invited artists have offered their services and objects loosely connected to their artistic practice – beauty treatments, photo shoots, a barter of artefacts amassed at the margin of their creative work. To pay the first rent for the unit at the marketplace, I cut and sold my hair as part of one of the invited artist’s activity (fortunately Biennale Warszawa has a production budget). However, the economic realities of young creators’ lives are not the principle subject of For Next to Nothing, and the services offered in the course of the project are the most peculiar around. At the marketplace, each transaction is a pretext for conversation – an opportunity to gossip, complain and spin conspiracy theories. This particular social and entertaining dimension of For Next to Nothing outlines the direction of TURNS: a series of events that will be organised in unit 34 and at the Namysłowska marketplace during this year’s edition of Biennale Warszawa.

Within TURNS, four artists – veterans of OLX (the Polish equivalent of Craigslist), experts on para-artistic side jobs and odd commissions that often force site-specific things to be performed in a non-specific way, reminders of old projects and memories of past exhibitions that no one knows what to do with: neither leave, nor throw them away. If, in the overpopulated world ruined by overproduction, there is still room for all these things used for excursions into the embarrassing territory of kitsch – they will take a closer look at the visual and performative aspects of the marketplace: its architecture, commercial offer, mechanisms of operation and social relationships. Like at the marketplace, all the events will be based on the principle of re-entry into circulation: from creative scraps, failed technological experiments and remains of installations of undetermined status, halfway between a museum and a dump – this is the essence of the Namysłowska marketplace.