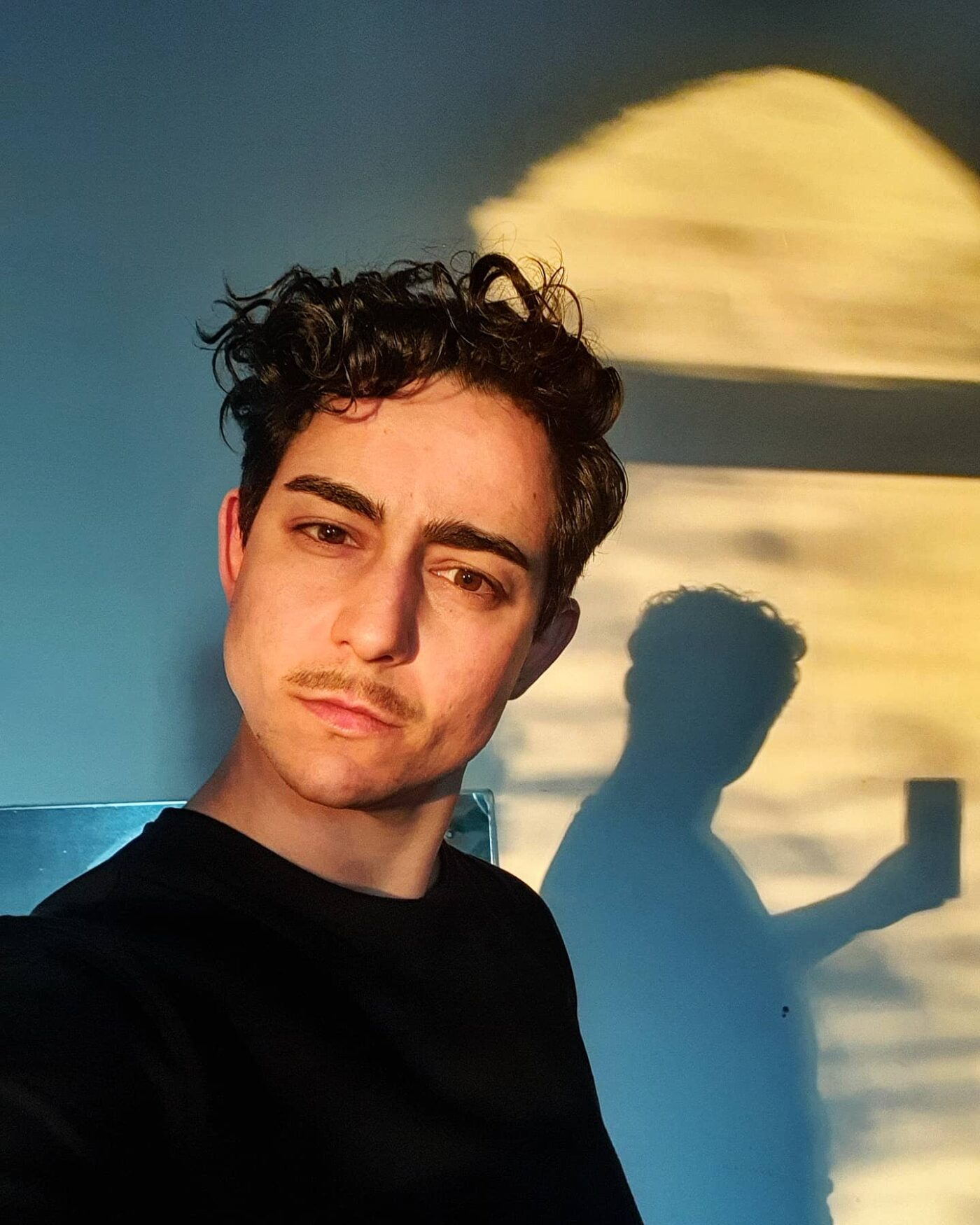 Graduate of documentary directing at Paris VII Denis Diderot University and DOK PRO programme in Wajda Foundation School in Warsaw. In his artistic enterprises, he is interested in the topic of visibility of socially excluded groups, feminism, disabilities and LGPT community experiences. Since 2013 he has been collaborating with Rafał Urbacki to create works combining choreography, documentary filmmaking, and activism (Protected Species, 2013; „Serce Robotnika Napędza Praca”, 2014;  „Kształt Rzeczy”, 2015; „Jaram się”, 2016). In 2019 Anu made a documentary for Komuna/Warszawa titled Rafał Urbacki: Solo, which was a farewell to an artist and friend gone before his time. He created videos for theatre and performances for artists like Ania Nowak (To the Aching Parts! (Manifesto), 2020), Robert Wasiewicz (Musical o musicalu metro, 2020), Anna Baumgart (Śmierć i Dziewczyna, 2019), Natalia Korczakowska (Berlin Alexanderplatz, 2017). As editor, cinematographer and member of the directorial team he collaborates on the production of documentary and feature films in Poland and France. In 2015–2019 he worked as a video reporter for Gazeta Wyborcza, documenting social protests and political life in Poland and in France. Since 2018 he has been shooting activist video content for the Greenpeace Polska foundation.

A documentary film “50/50” is composed entirely from footage filmed by Krzysztof Nowiński with his amateur camera while in...
27.10.2020

POLISH EIDS presents: Interview with the vampyre and other infected pictures

According to some interpretations, vampire movies made in Hollywood in the 1990s contain a coded message about the AIDS crisis. In...
20.10.2020