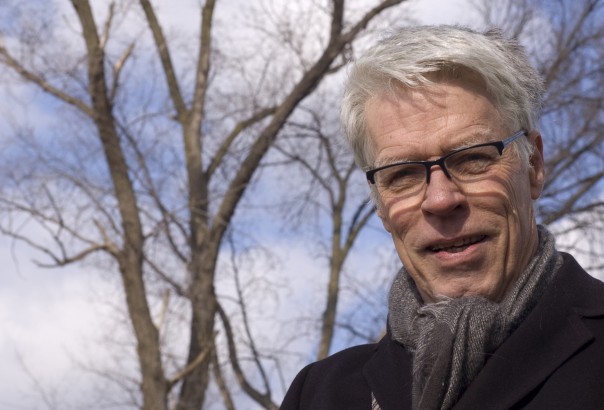 One of the most eminent representatives of grassroots history, student of the great E.P. Thompson, author of the ground-breaking work The Making of the English Working Class. In his research, he expanded Thompson’s perspective, focused on the emergence of the working class in England to include the colonial and transatlantic context. As Linebaugh himself remarks, his interest in the shaping and crisis of the empire was determined by his own biography: as a child of the empire he lived in Karachi, Pakistan, in Washington, London and Bonn. Currently he is professor emeritus of the University of Toledo, Ohio. He lives in the Great Lakes area.

He writes provocative books, revealing the agency and social radicalism of dominated classes. In his book The London Hanged Linebaugh presented the immensity of brutal repressions which fell on the dispossessed proletariat, deprived of access to the commons and resisting the coercion of hired labour.

In The Many-Headed Hydra co-authored with Marcus Rediker, he outlined the resistance and cooperation of first alter globalists in the times of nascent capitalism: African slaves, English radicals, Irish rebels, utopian heretics, Atlantic sailors and pirates, and women accused of witchcraft.
On the occasion of 800th anniversary of the Magna Carta, he revealed its forgotten legacy, laws inscribed in the Charter of the Forest that guarantee access to the commons, which he described in the book The Magna Carta Manifesto.
As part of activities in the Midnight Notes collective and in his book Stop, Thief! The Commons, Enclosures and Resistance Linebaugh contributed to the development of currently influential interpretation of the history of capitalism as recurring processes of primary accumulation (dispossession of what is common and manufacturing bare workforce).

In The Incomplete, True, Authentic, and Wonderful History of May Day he presented the surprising story of the 1 May holiday which turns out to trace its origins much further back than Haymarket riots of 1886. Before 1 May became “red,” it was “green”: it was celebrated to assert people’s rights to the lost commons, among Europeans and Native Americans alike.

Finally, his most recent book, written as a “revolutionary romance”: Red Round Globe Hot Burning tells the love story of Kate and Ned Despard which allows Linebaugh to show to what degree, alongside the circulation of goods, people involved in them transferred to one another infectious ideas about the world without exploitation which, according to the historian, are still relevant.