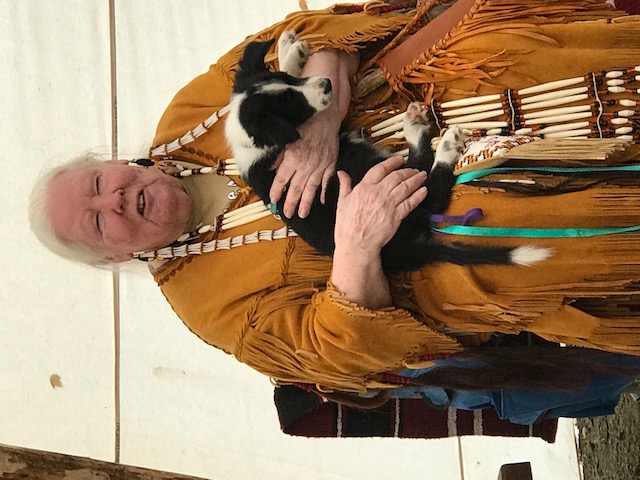 Grandmother Nancy is of Algonquin and French heritage and has followed the Red Road since childhood. A Sundancer and a Sacred Pipe carrier, she found mentors among the Lakota, Ojibwa and Mi’kmaq. She served as a facilitator for a Native Women’s Circle in federal prison for 17 years.  She owned and operated an equestrian business. She is acknowledged as an elder and a grandmother in her communities in Canada. Grandmother Nancy is a well-known storyteller, sharing legends from many different Nations in schools, health facilities and the pow wow circuit. She was a staff member of the Joined Nations of Connecticut, a youth organization for those of Native heritage.

At the 2002 Circle of All Nations Gathering, at Kitigan Zibi Anishinabeg in Ottawa, Canada, Grandfather William Commanda asked Irene Wawatie Jerome, an Anshinabe/Cree, to write a “Water Song” that women attending the gathering would learn and teach it to other women throughout the world. In Native American traditions women are the guardians of water. Grandmother Nancy Andry was tasked with the mission of spreading this powerful practice. In 2017, with the permission of the Wawatie and Commanda families to record the song on a video to hasten the teaching and widen the circle of women singing it because of the increasingly grave dangers our waters are facing. The video became very popular and was viewed over half a million times, and the song is sang all over the world. More information can be found on the project website: Sing the Water Song. All links posted with the permission of Grandmother Nancy.

What kind of water?