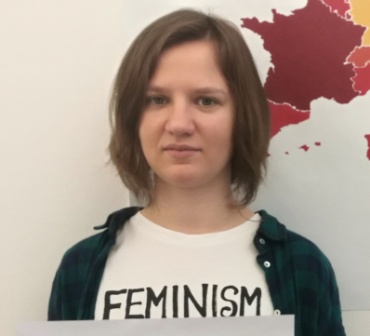 Oksana ia an Ukrainian who lives in Berlin, Germany since 2015. She has Master degree in political science and Bachelor degree in psychology. Before moving to Germany, she worked in the national NGO “Stop Hepatitis”. Organisation’s main focus was to increase access to the hepatitis B and C medication for general population. They worked on raising awareness among doctors and general population, advocated for development of national guidelines as well as National Programme to combat viral Hepatitis B and C. After establishing the national Programme and roadmap for patients, Oksana was responsible for national Hepatitis C awareness raising campaign.

After moving to Germany, Oksana started working in AIDS Action Europe, network of more than 400 HIV/AIDS service organisation, where from the beginning she became involved in the project on affordability of and access to medication and diagnostics. During 2016 and 2017, under the framework of this project, she organised 6 regional trainings for activist working in the field of affordability. Since 2018 besides continuing as a communication officer, she also became a project manager of the affordability project and is responsible for bringing the knowledge on how to work on improving access of medications and diagnostics and bringing prices down in national context.