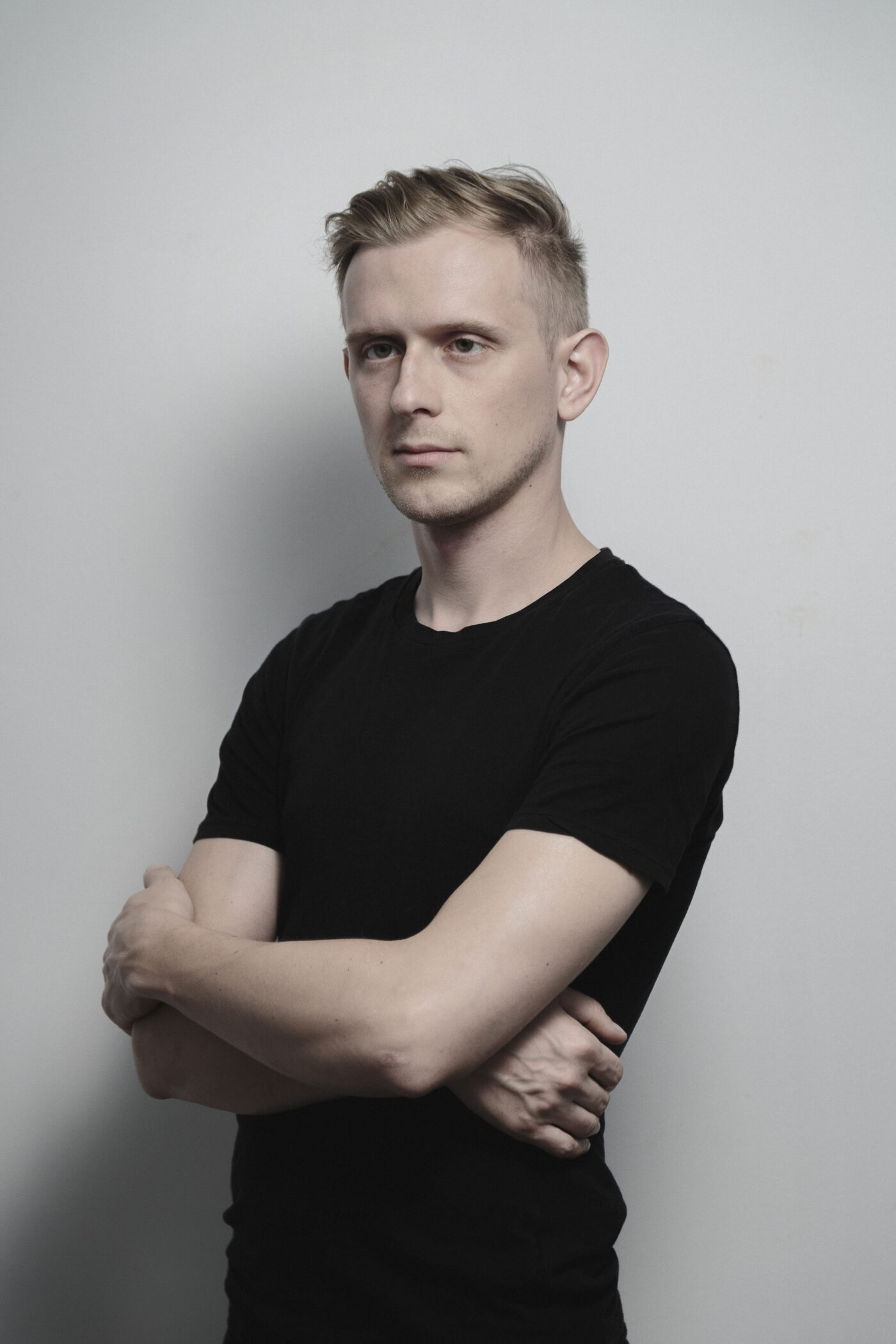 audiovisual artist, stage designer, designer. Author of theatre music and experimental electronic project DMKHV. He graduated from the Academy of Fine Arts in Katowice with a degree in painting. He creates paintings, objects, collages and installations. He is interested in the relations of humans with their material and cultural environment and the search for unobvious connections between seemingly distant phenomena, conspiracy theories, creative improvisation, temporariness, cheap materials, DIY, excess of information, suspicious scientific texts, stupid jokes, deadly seriousness, garbage, imitations, disturbances, errors, imaginary rituals, domesticated exoticism, doubt in an ordered knowledge of the world.
He exhibited at the Ujazdowski Castle Centre for Contemporary Art in Warsaw, the Museum of Modern Art in Warsaw, as a part of the Warsaw under Construction exhibition in 2016, BWA in Katowice, Kronika Centre for Contemporary Art in Bytom, Szara Kamienica Gallery in Krakow, Kasia Michalski Gallery in Warsaw, the State Art Gallery in Sopot and the Rondo Sztuki in Katowice. He has created stage designs for the Słowacki Theatre and the National Old Theatre in Krakow, the Osterwa Theatre in Lublin and the Silesian Theatre in Katowice.