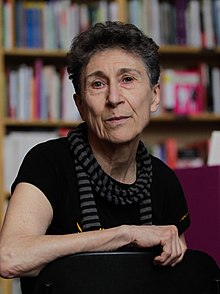 Leading representative of Marxist feminism, Federici comes from the tradition of Italian workerism (operaismo). Her activist and research activity began in Italy where she participated in pioneering debates and the struggle for the recognition of housework. In the 1970s, she was among the co-founders of the international Feminist Collective and helped organise the “Wages for Housework Campaign” in the USA. Her article, “Wages Against Housework” has become the manifesto of the movement’s postulates.

In the 1980s, she did research and lectured in Nigeria where she became interested in the issue of African states’ debt and the influence of neoliberal reforms on social well-being, in particular the situation of women. She was the co-founder of the Committee for Academic Freedom in Africa which coordinated universities’ fight against the neoliberal Structural Adjustment Programme.

Federici is also involved with the work of the Midnight Notes collective with which she develops the critique of capitalism focused on the global process of constant enclosures of the commons and plebeian fight in their defence. She has become one of the most important theoreticians of the alterglobalist movement.

Her most famous book, “Caliban and the Witch: Women, the Body and Primitive Accumulation” was the foundation for her subsequent works. In that book, Federici interprets organised campaigns against “witches” as the key process in the transition from feudalism to capitalism, in the course of which the plebs was dispossessed of the commons and women’s bodies and sexuality fell victim to repression. According to Federici, subsequent phases of capital accumulation are dictated by the destruction of common goods – access to land, water, seeds, community bonds – which contributes to the social degradation of women until this day.

Body, Reproduction and the Commons. Perspectives for the Grassroots Feminism