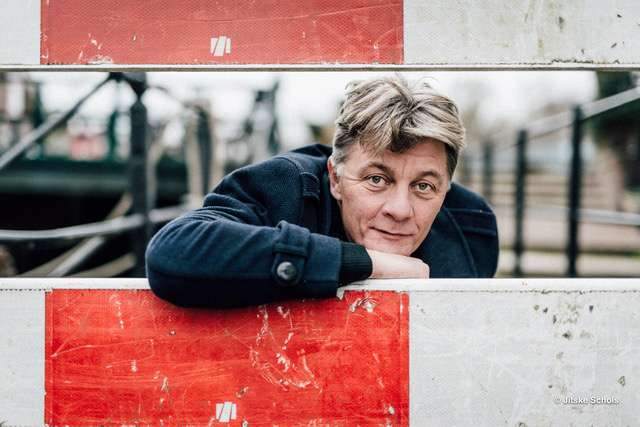 Chris Keulemans (Tunis, 1960) was artistic director of the Tolhuistuin in Amsterdam until September 2014. Keulemans grew up in Baghdad and Jakarta, among others. In 1984 he founded the Amsterdam literary bookstore Perdu, which still exists today. In 1990 he started as a program maker at De Balie, center for culture and politics in Amsterdam. From 1995 to 1999 he was director here. Among other things, he helped set up Press Now to support independent media in the Balkans. He has been a member of the ASKV board for many years, a refugee support center. Chris Keulemans is a much sought-after debate chairman. As a moderator, he has worked with Jonas Staal at New World Summit and New Unions meetings.

He has published six books, fiction and non-fiction, and numerous articles on art, engagement, migration, music, cinema and war in De Volkskrant and Groene Amsterdammers, among others. He wrote essays for publications by Jonas Staal, Anna Tilroe, Fiona Tan, Arna Mackic and others. For an investigation into art after crisis, he traveled through cities such as Beirut, Jakarta, Algiers, Prishtina, Sarajevo, Tirana, New York, New Orleans and Ramallah, where he visited numerous passionate and talented artists.