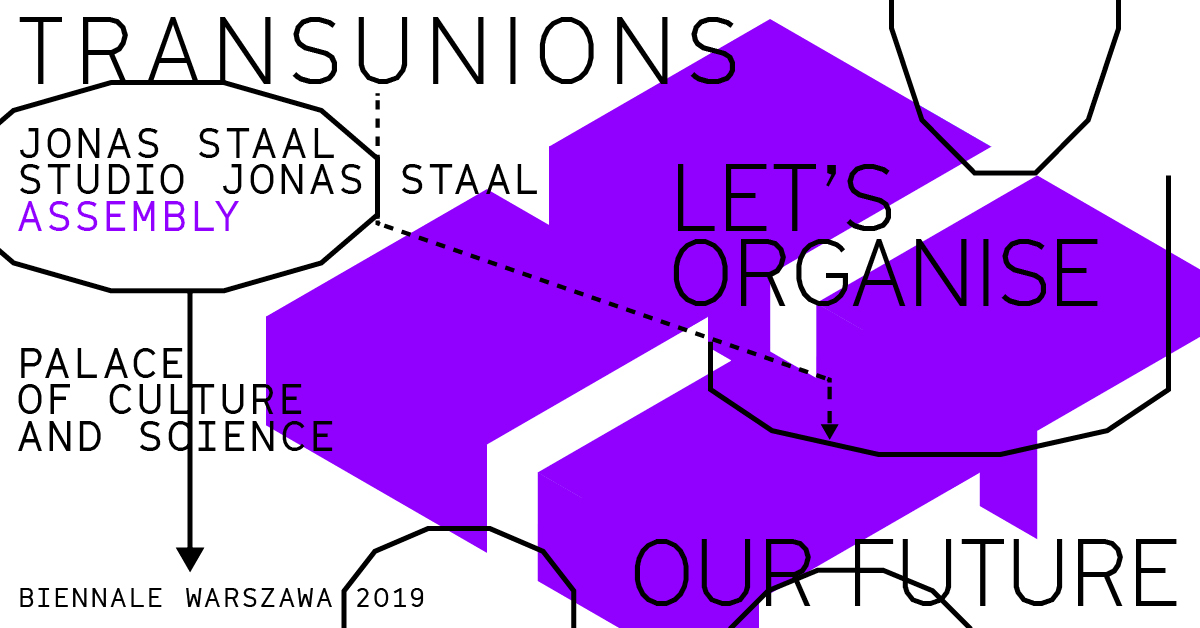 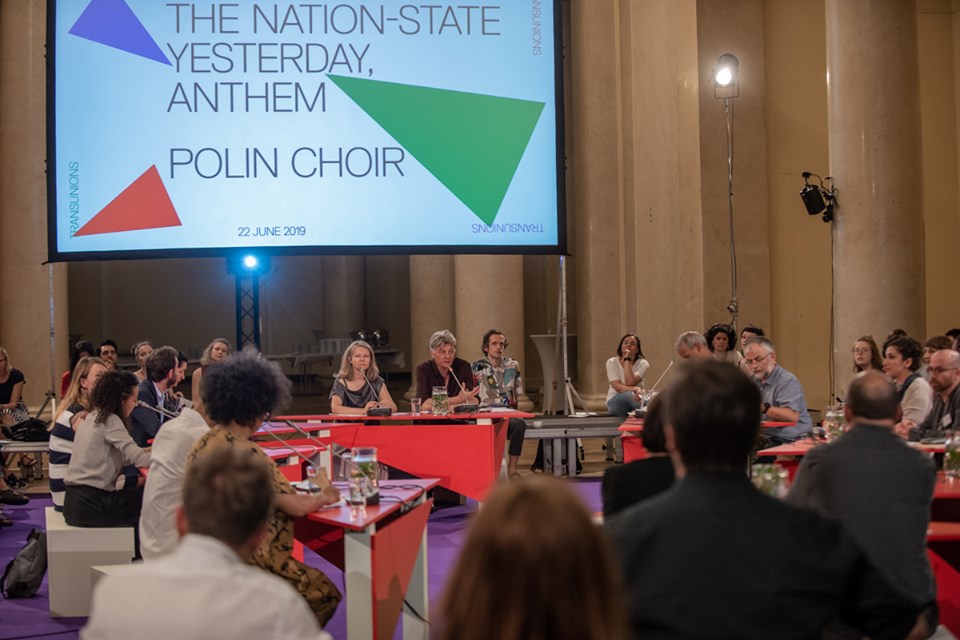 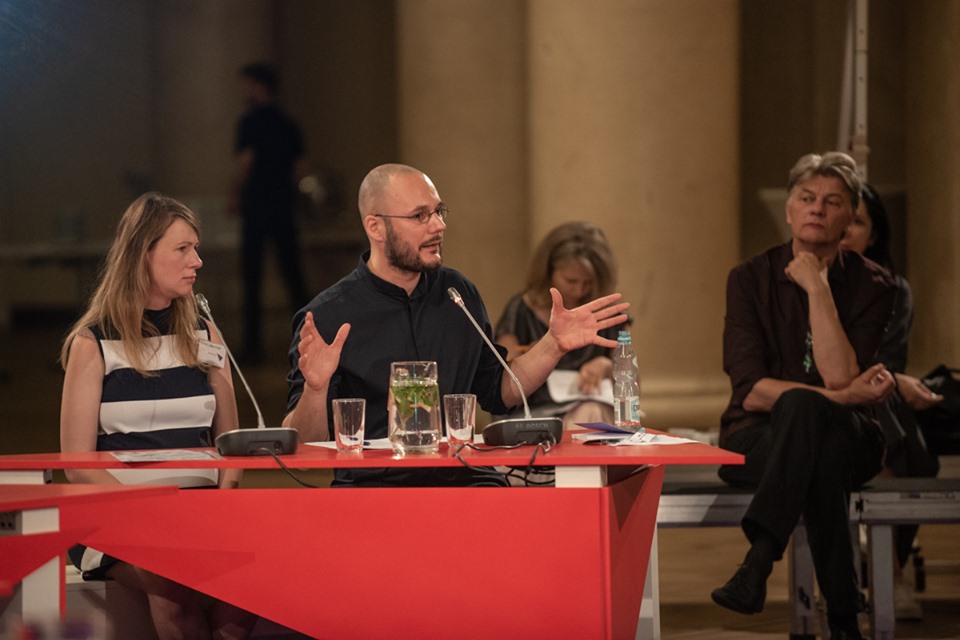 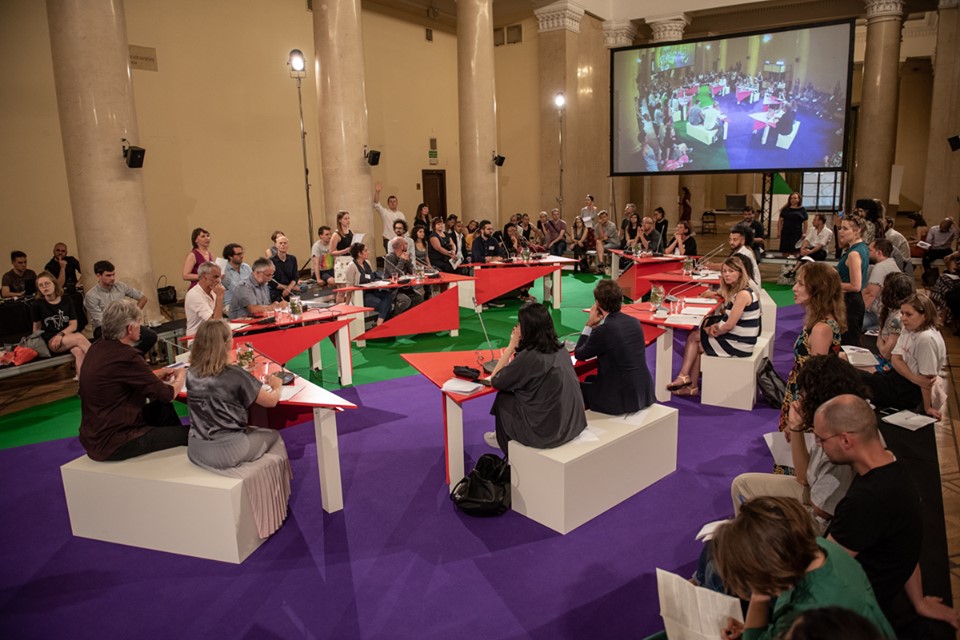 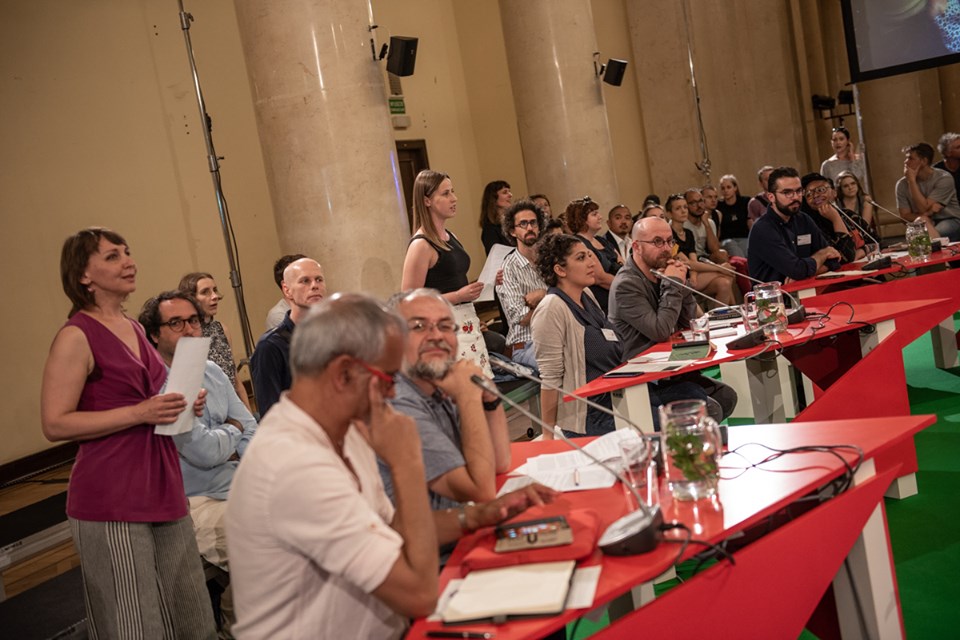 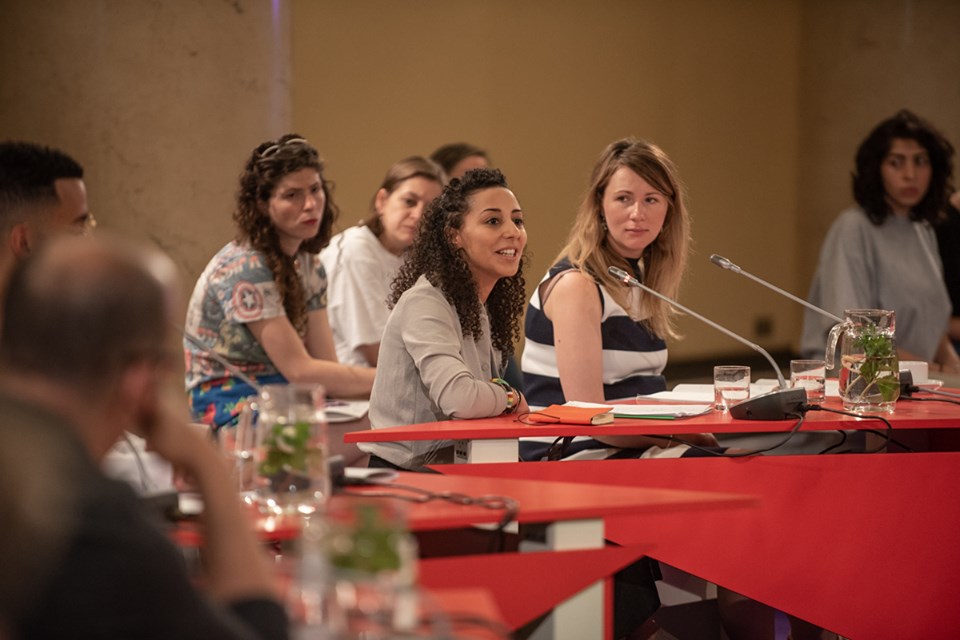 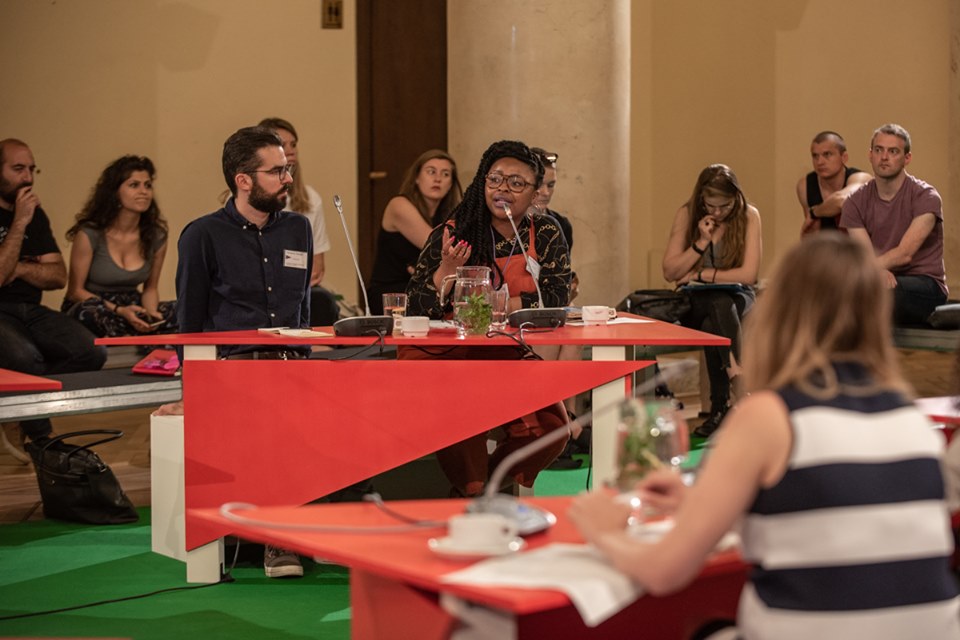 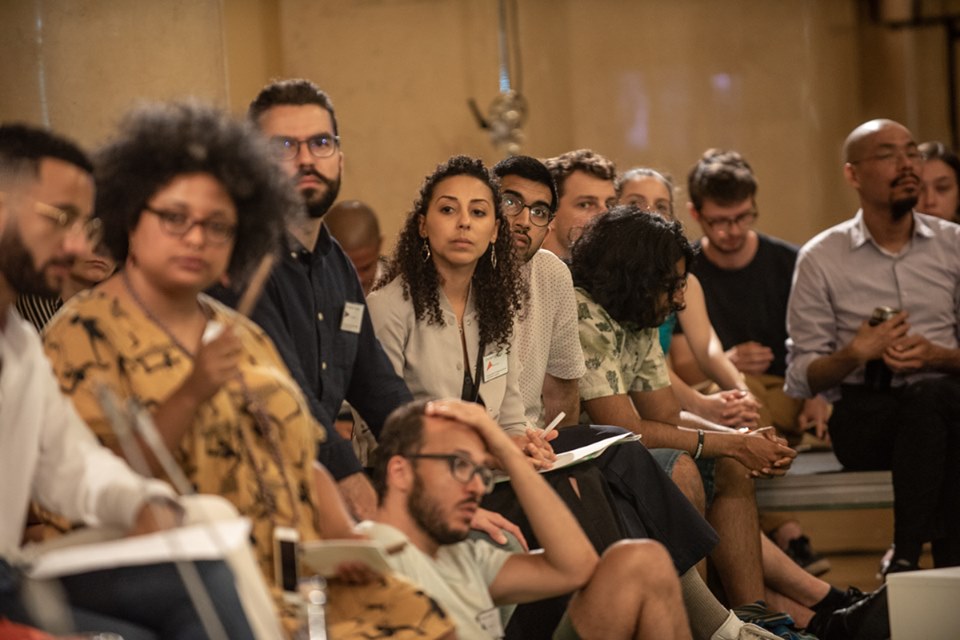 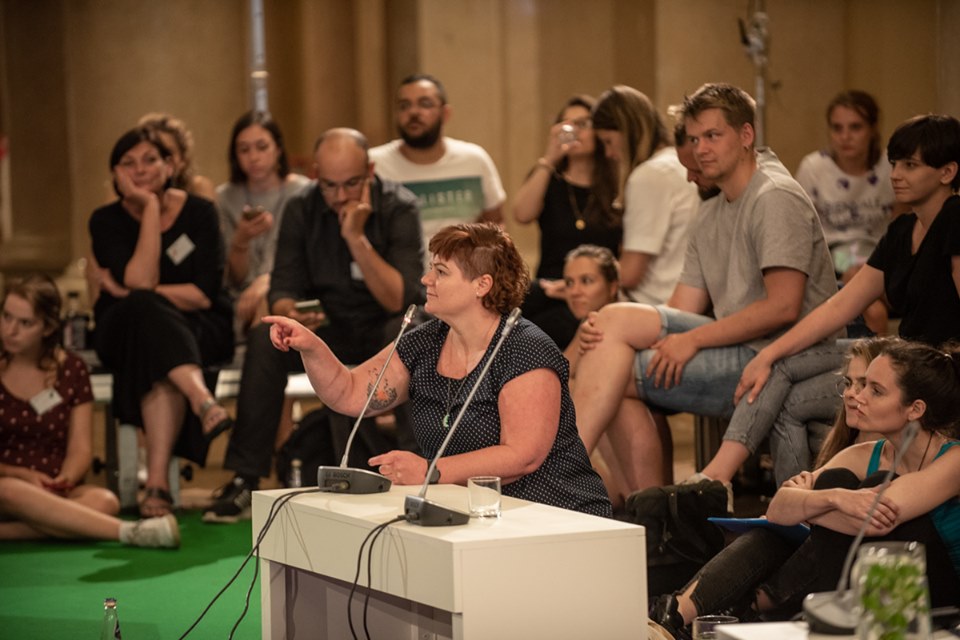 The nation-state is in crisis. With the rise of neoliberalism, it has become a tool to subsidize and benefit corporations which are operating increasingly independent from any democratic control. This state-sponsored global corporate-economy has generated intense anxiety that has fueled ultranationalist sentiment and a growing support of authoritarian regimes to “take back control.” Simultaneously, we are faced with interrelated planetary threats, from offshore tax-havens to species-threatening climate change, that are addressed neither by corporations nor by national governments in an effective way: they contribute to their cause, rather than their solution.

TRANSUNIONS will take place in the Palace of Science and Culture on 22nd June, a monumental architecture surrounded by sculptures of internationalist revolutionaries, “gifted” from Stalin to the Polish people. From the Cold War onwards, Poland – in its alliance with the Soviet Union – invested substantially in post-colonial nations in North-Africa and the Middle East. Polish architects, planners, engineers and artists traveled abroad, to develop infrastructures such as the fair area in Accra, the masterplans of Baghdad, Algiers, and the region of Tripoli as well as housing neighborhoods in Iraq, Libya, and Syria. In a time of growing ultranationalism, Transunions redefines this internationalist heritage in light of a new transnational horizon.

TRANSUNIONS will be accompanied by a student meeting of the School of Transnational Activism. During the meeting we will also hear the choral commentary of the Polin Choir which is one of the constituting elements of the polyphonic manifesto for the future – a musical piece that will be heard in its entirety on 23 June.

BLOCK I: The Nation-State Yesterday

What is or was the nation-state? What were its emancipatory potentials, and where did it fail to govern 21st century global economies and conflicts? What of the nation-state are we to maintain and what must we re-imagine, to establish a transnational politics for the twenty-first century?

How do we unionize on a transnational scale the various organizations, parties, civil platforms, think tanks and activist groups invested in a new planetary politics? How do we challenge the vested powers of transnational corporations and the remnants of international state formations in the form of NATO, with the aim to reclaim and shape anew a transnational power of our own?

Final reflections of all participants

Closing summary by chairs and organizers