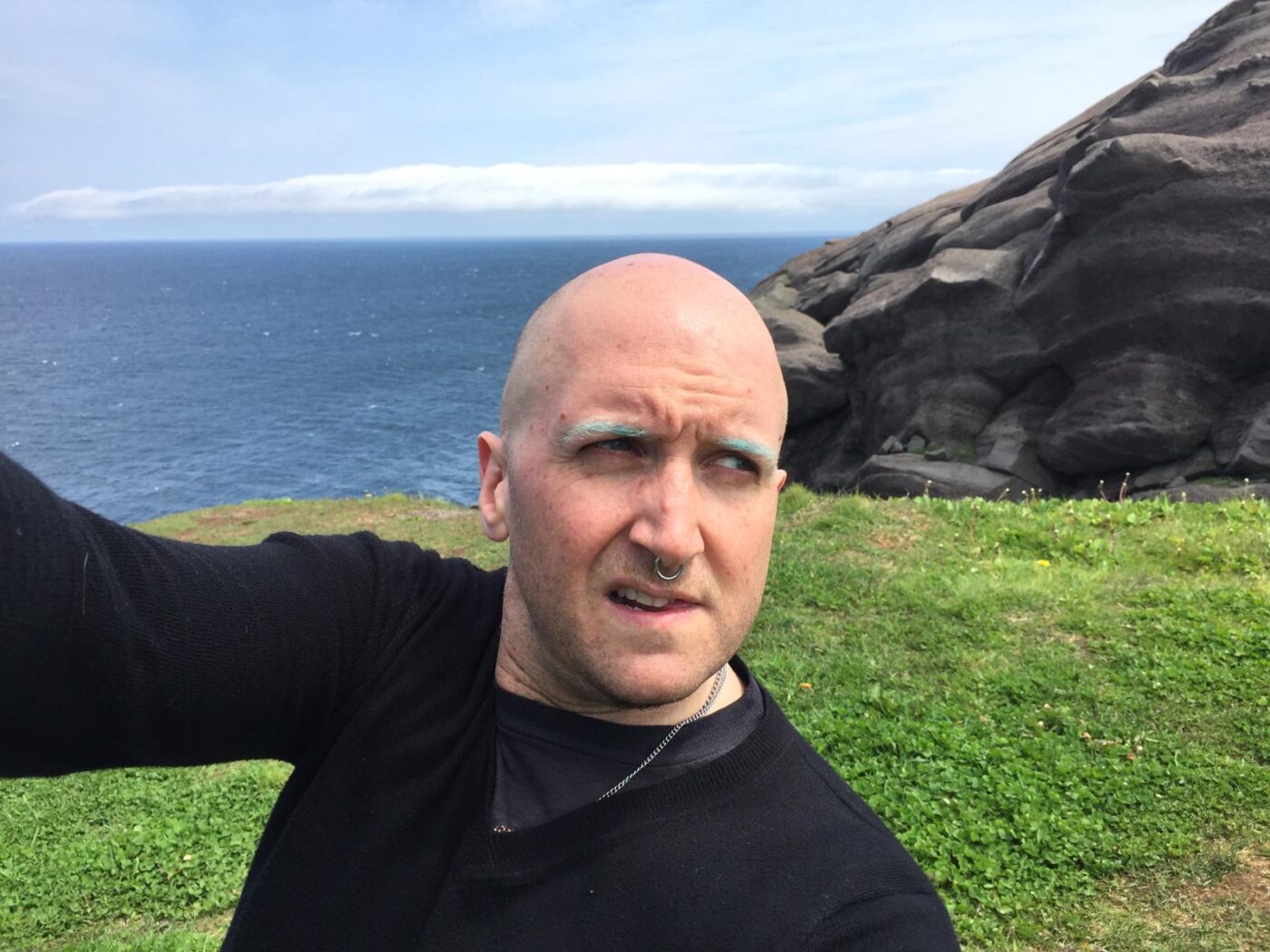 Mikiki is a performance and video artist and queer community health activist of Acadian/Mi’kmaq and Irish descent from Newfoundland, Canada. They attended NSCAD and Concordia before returning to St. John’s to work as Programming Coordinator at Eastern Edge Gallery. They later moved to Calgary to work as the Director of TRUCK Gallery. Their work has been presented throughout Canada and internationally in self-produced interventions, artist-run centres and public galleries.

Their identity as an artist is informed and intrinsically linked to their history as a sexual health educator, harm reduction worker and activist. Mikiki’s creative themes often address safety and responsibility, disclosure and self-determination, community building and reckoning with trauma and loss. Mikiki has worked as a Sexuality Educator in Calgary’s public schools, a Bathhouse Attendant in Saskatoon, Drag Queen Karaoke Hostess in St. John’s. Mikiki has worked in various capacities in the Gay Men’s Health and HIV response in Ottawa, Montreal and Toronto, and recently in Harm Reduction Outreach and HIV testing.