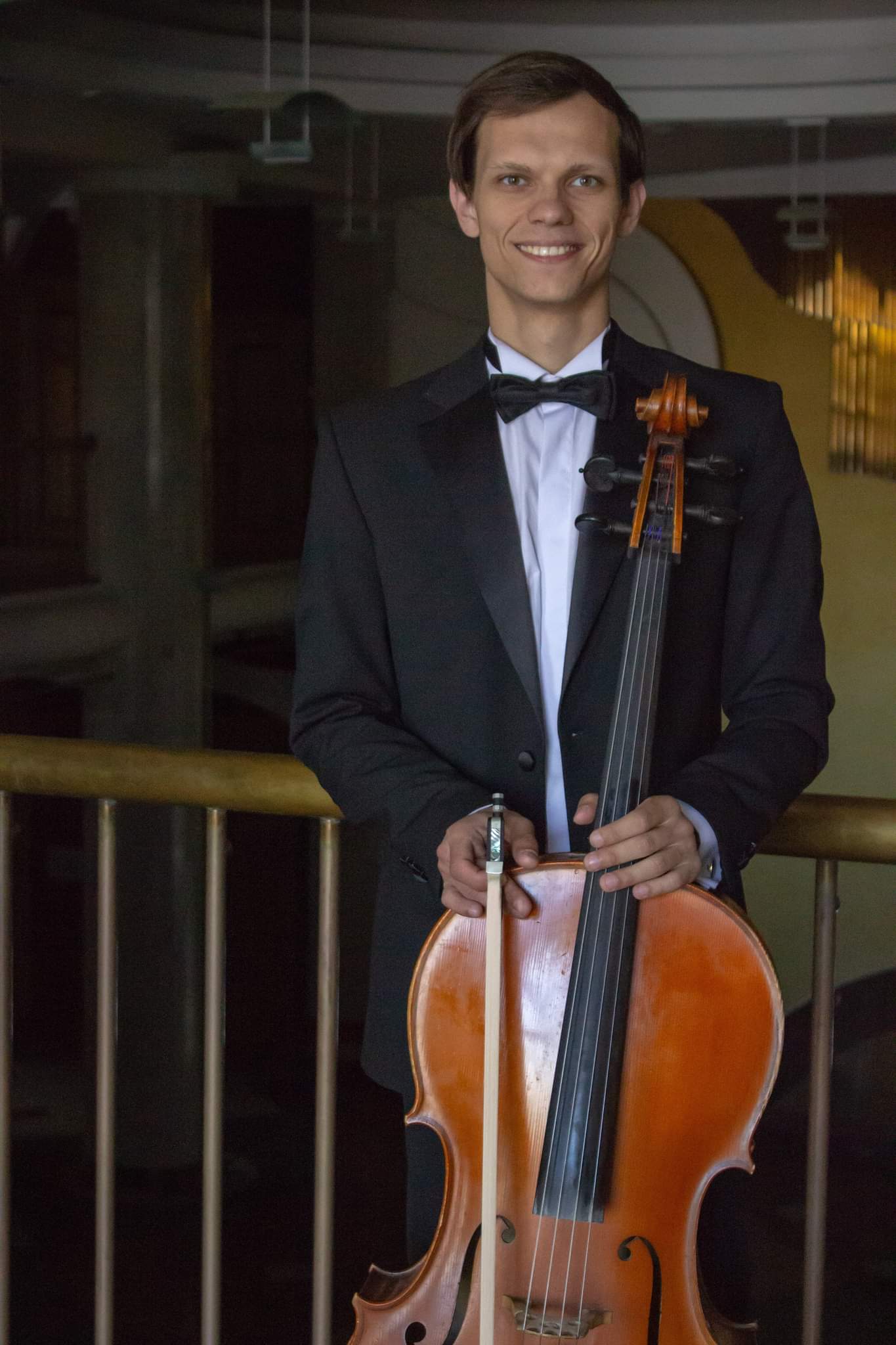 Born in Minsk, Belarus. At the age of seven he started his cello education in the Republican College of Music in Minsk. During his studies, several times he performed as a soloist with the State Symphony and Chamber Orchestras of Belarus, and took several masterclasses with eminent cellists from all over the world. He is the laureate of Davidov International Cello Competition (Latvia) and International Competition “Music of Hope” (Belarus). In 2011 Aliaksandr took part in the “Musica Mundi” festival (Belgium), as well as the Orchestral Academy of Krzysztof Penderecki. From 2013, he continued his education at the Moscow State Tchaikovsky Conservatory. During these time he performed in different music halls across Russia as a soloist and as a member of chamber ensembles. After graduation from the Conservatory, he worked as a solo-cello at the Belarusian State Chamber Orchestra (2018-2021).