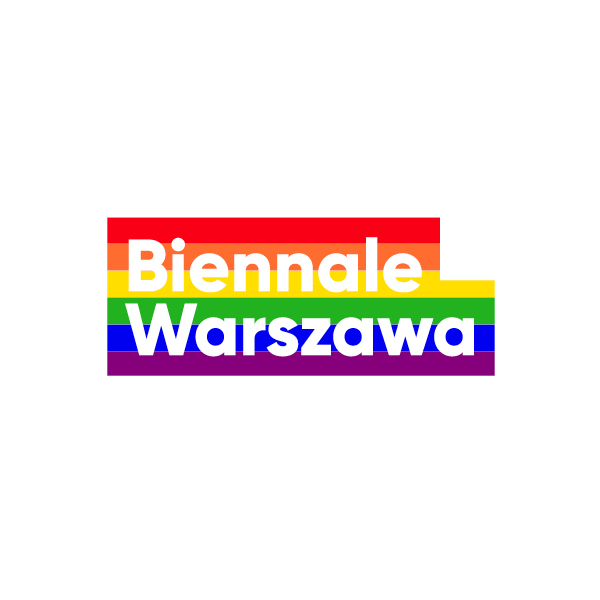 On 3 and 4 August, the police detained for 48 hours the activists of the Stop Bzdurom collective and other people who participated in draping rainbow flags on statues in Warsaw “in connection with the offense given to religious feelings and the profanation of Warsaw’s monuments.” On Friday, 7 August 2020, Margot of Stop Bzdurom was arrested for two months in connection with a number of charges related to blocking and damaging a van which cruised the streets of Warsaw with homophobic slogans. During a demonstration of solidarity on Friday, several dozen people were brutally detained by the police.

We perceive the actions of the police as excessive brutality used towards the activists for the LGBTQ+ community as well as an attempt to intimidate people working in the social, political, and cultural space. Biennale Warszawa stands in solidarity with the detained and strongly objects to this type of oppressive activities on the part of the authorities.

Repressions against the activists perpetrated by the prosecutors and the police, resembling the practices of authoritarian regimes, must be viewed in a broader context. In the recent months, the activities of the extreme right and the right flirting with the extreme factions, have intensified. Their efforts aim at the delegitimization of an entire range of differing worldviews. They involve violent stigmatization of LGBTQ+ people, legal and administrative repressions, and now also physical measures against activists and any other person who would express their protest. At the same time, the right is reinterpreting universal values, including human rights, according to their postmodernist methodology, wreaking axiological havoc, and trying to frame humane, empathetic, and human attitudes as extreme, and threatening to the state and society. Meanwhile, exactly the opposite is true: attempts to symbolically deprive some people of “the citizenship,” exclude them from the community through stigmatization, and the artificially heated atmosphere of fear is precisely the domain of the extreme, radical right which tries to grab for the political centre, presenting itself as mainstream. The attempt to exclude from the community related, at first, to the refugees and migrants, later to various opposition groups, or critical cultural institutions, and now the LGBTQ+ community. This is why we stand in solidarity with the LGBTQ+ community which has become once more the target of harassment and repression, and we protest the use of symbolic, physical, political, and legal violence against its members.