Solidarity with Rojava ”Who is afraid of ideology?” 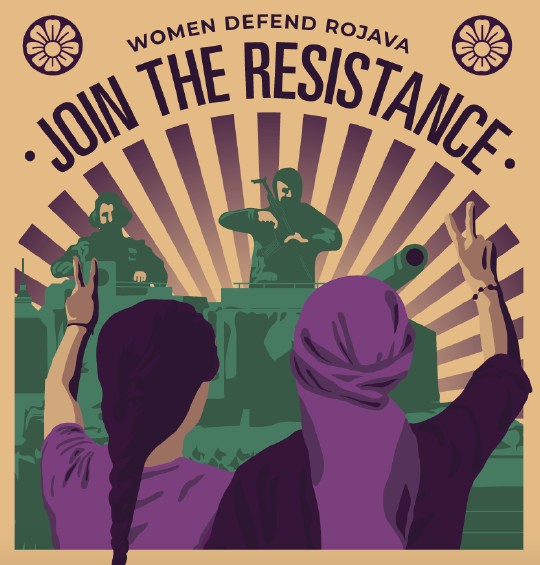 Since its inception, Biennale Warszawa is closely following autonomous movements in Northern Syria. For us they constitute a model of self-organisation, an alternative to current political models. We attach particular significance to the Autonomous Women’s Movement formed by Kurdish women in Rojava to which we devoted a major part of our program. During Biennale 2019 Marwa Arsanios showed her film “Who’s Afraid of Ideology?” presenting the subject of the Autonomous Women’s Movement. Berivan Omar, participant of the “Convention of Women Farmers” talked about eco-feminist farming practices. Dilar Dirik, sociologist and activist, presented a lecture on the municipalist idea behind the creation of the Autonomous Administration of North and East Syria.

Today, as Turkey started the bombardment of Rojava, we want to express our opposition to the Turkish aggression and our support for the community inhabiting the territory of the Autonomous Administration of North and East Syria. It is an act of barbarity toward the Kurdish population, as well as other ethnic groups living in that area! We are urging everyone to join us in solidarity with the people of Rojava!!!