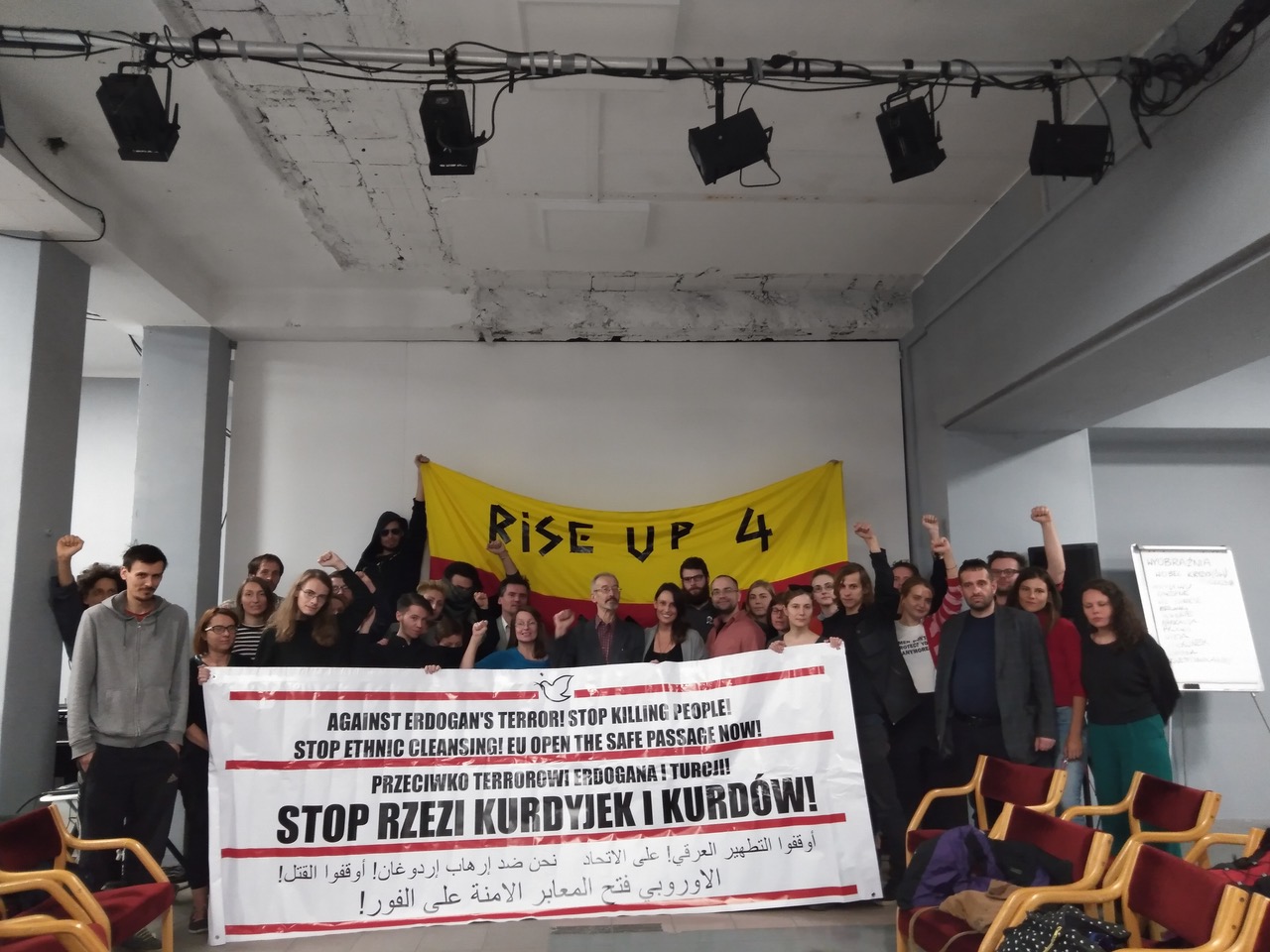 We are inviting you to participate in the Social School of Anti-capitalism, nine workshop/lecture meetings with activists around the ideas of work on progressive social changes. The school is addressed to people involved in the field of activism who look for alternatives in the area of social organisation.

After 30 years of party-determined political disputes, exuberant anniversary celebrations and futile criticism referring to an increasingly distant past, we need to emphasise: we are living in post-transformation society. Capitalist society. This reality requires not only a different description than the dominant paradigm, but it also determines a radically different political horizon. What could life after capitalism look like?

Problems of rapidly growing economic inequalities, toxic individualism and reactionary nationalisms will not be addressed by either contemporary, technocratic parliamentarism, or a return to various models of a 20th-century welfare state. In the face of the neo-liberal “fusion” of the state and the market, a solution can be provided only by active society taking matters into their own hands.

We are considering grass-roots production of knowledge a key catalyst of the process of change. Our experts on the issues of particular social struggles are activists from various groups/organisations. People who form collectives, trade unions, associations and social movements build bridges between the theory and practice. Anti-capitalism is not science-fiction!

The Social School of Anti-capitalism was created as a result of the discussion during the Polish Social Forum which was held in May 2019 and constitutes the preparation of issues for next deliberations of the Forum in autumn 2020.

Until 30 September registration is open for people interested in participating in practice sessions of the Social School of Anti-capitalism that precede discussion open to the public.

We are inviting people working for progressive social changes to register via the application form, available on our website. Applications of activists from smaller cities or rural areas (under 100 thousand inhabitants) will be treated as priority.

The organisers will make every effort to provide, within their financial capacities, support for as many participants as possible (co-financing of transport and/or accommodation). Furthermore, participants of the practice sessions will be served a hot meal.

The number of places is limited. Registration includes 4 meetings in the first semester (till January 2020).

The list of admitted participants for each activity will be announced on 1 October 2019.

All queries should be addressed to pfs@biennalewarszawa.pl

The idea of the Polish Social Forum responds to the need to organise the future, i.e. looking for realistic alternatives in the...
18.09.2019

Imagination in the face of the crisis(-es)

Registration for the Social School of Anti-capitalism