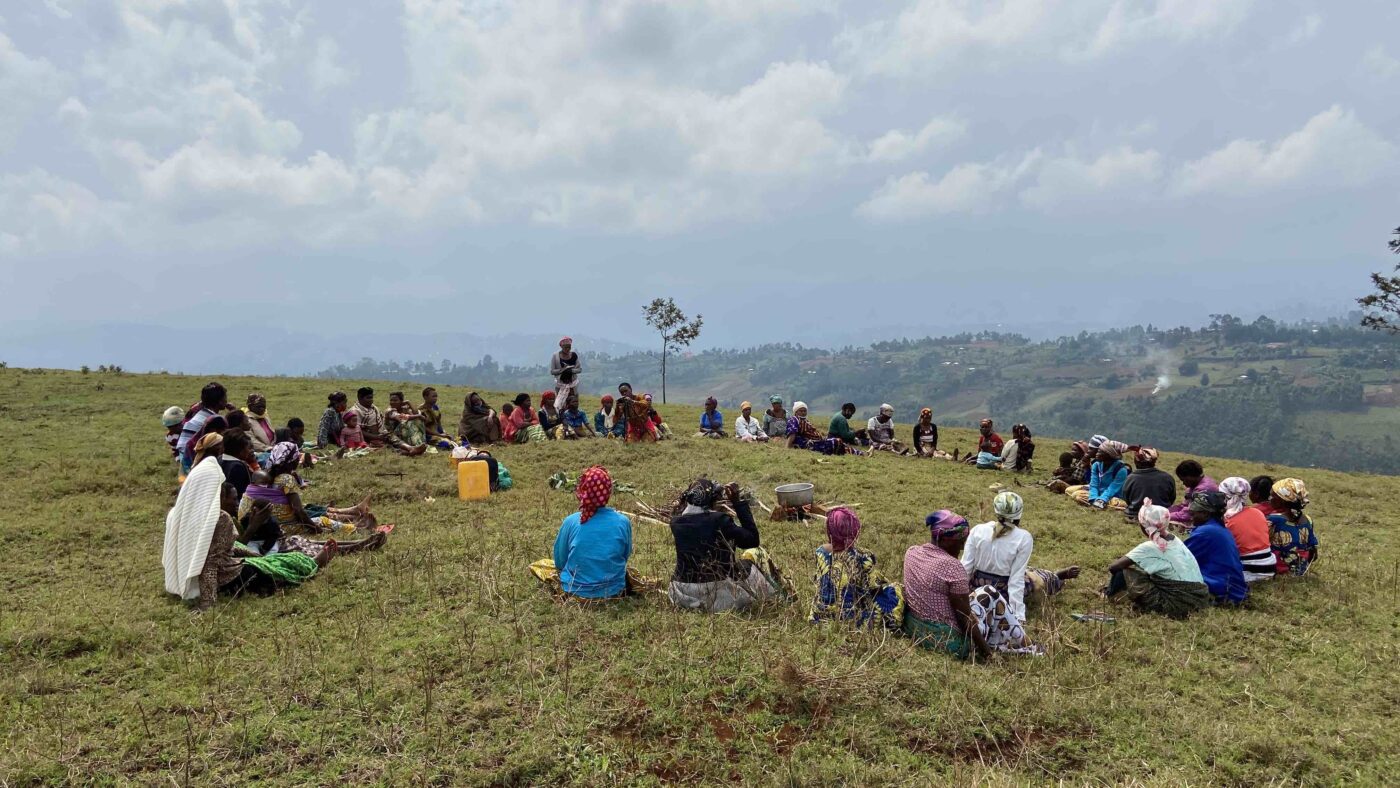 Rivers can tell the most about a place where coal used to be mined, and stone crushers from the mining camp in DR Congo hold the mystery of coltan in your phone. What are the social and ecologic repercussions of mining activities, and how does the landscape change in the wake of disappearing mines? Does modernity look the same everywhere? Warsaw will host the Polish premiere of the performances of landscapes and bodies, which explore the consequences of extractivism, a model of development based on mass exploitation of natural resources. Performances Gold&Coal and Water&Coltan will be presented from 9 to 12 September 2021.

The performances were created by the international art collective Kötter/Israel/Limberg in cooperation with Polish creators (Anna Ptak –dramaturgy, Marcin Lenarczyk – sound design), performers, researchers and local mine workers from Indonesia, DR Congo, Germany and Papua. Performances in Warsaw will be held at Studio Tęcza located on the premises of the Industrial Chemistry Institute where fuel samples of the Polish petroleum concern are developed.

The series of case studies devoted to the extracted resources was divided into two segments: Gold&Coal and Water&Coltan. During each performance, the audience walks through twelve rooms where they learn the history of mining from various latitudes. Each room is a separate history, and each performance takes the audience on a journey to a different landscape. The stories of performers are accompanied by audio and documentary footage filmed in 360° video technology, which enables the viewers to see mining areas scattered across the world.

Gold&Coal transports us to the sites of former raw materials deposits and armed conflicts fought in areas where such resources were extracted. In place of open cast mines, lakes are created, and on their banks – modern housing is constructed. Slag heaps become places to escape and hang out, the miner’s ethos is replaced with the principle of developer’s attractiveness. Gold mined in areas occupied by the Indonesian military is the source of wealth and war. The conflict around the deposits is exacerbated alongside the armed conflict, which makes civil war a constant element of extractivist political strategies.

What is the connection between raw materials and massacres? Workers of mineral deposit sites know the cost of blood necessary to recover coltan required for modern technologies. The stories from Water&Coltan stretch from the mines of DR Congo to the valleys of German rivers, as water is organically linked to every type of natural resources extraction. In the Ruhr Area, there are no more mines, but the pumps keep on working. Its future is told to European audiences by the Congolese, and the rivers which used to be sewage.

landscapes and bodies is a documentary project which refers to the experiences of mine workers and inhabitants of areas where raw materials are mined. Interviews used in the video footage and performances were created during the research conducted by the artistic team. The author of documentary films used in the performances is director Daniel Kötter whose work involves the dynamics of urbanization and landscape transformation. In parallel to performances organised by Biennale Warszawa, his film Rift Finfinnee will be screened at the 18th Millennium Docs Against Gravity Festival. It talks about the rapid modernization of the community of African periphery against the backdrop of local civil wars.

Tickets are available on Biennale Warszawa website or via the GoOut app. The performances will take place at Studio Tęcza, Rydygiera 8 (entrance from Anny German 12).

The set consists of 12 connected rooms. In some of them, 360° films are screened to be watched in VR glasses, others offer live performances or audio recordings. The audience enters the installation in groups od several people, ten minutes apart. Performance running time in each room is about 10 minutes. Total running time of the performance is 120 minutes. Tickets are sold for time slots spaced 30 minutes apart.

Gold&Coal transports us to the sites of former raw materials deposits and armed conflicts fought in areas where such resources...
17.08.2021