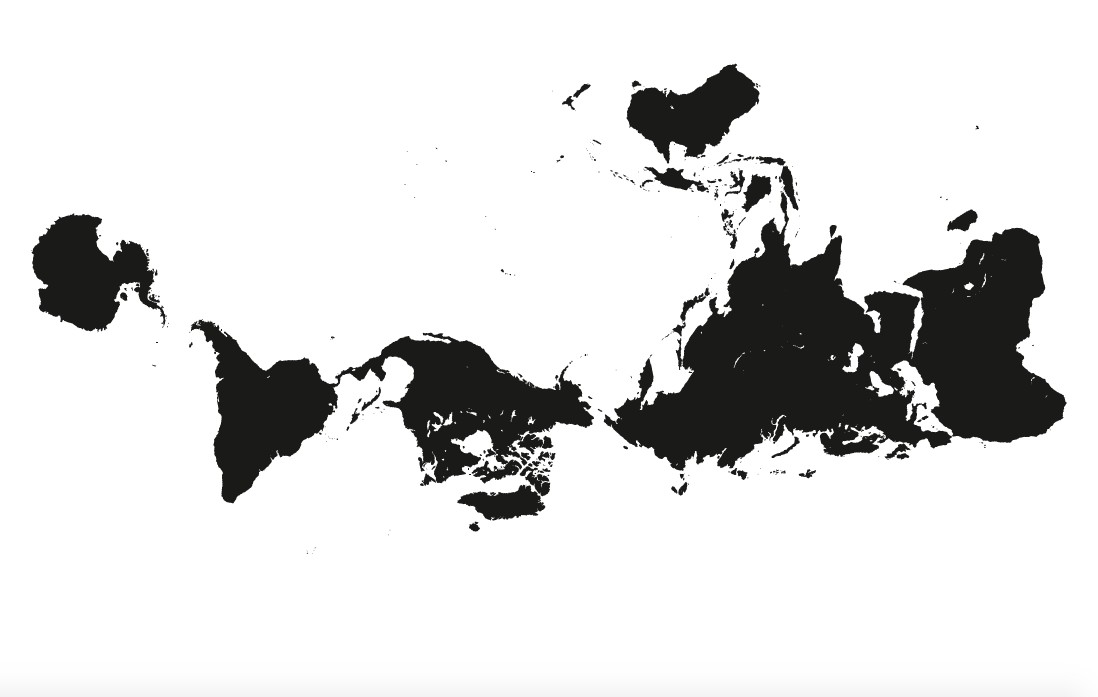 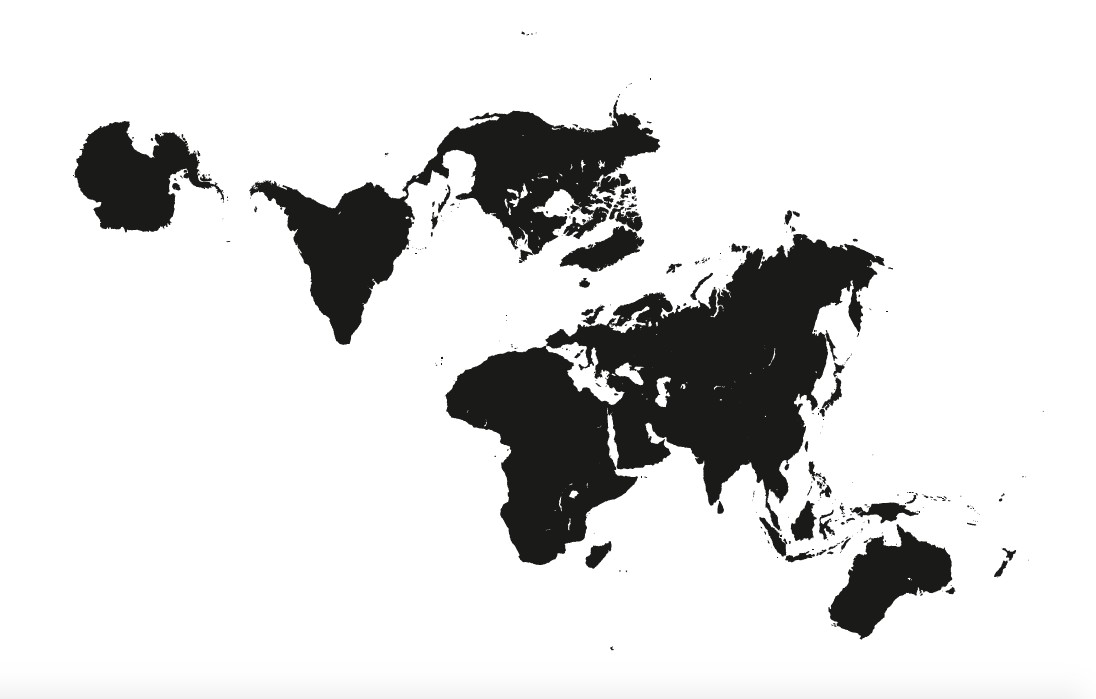 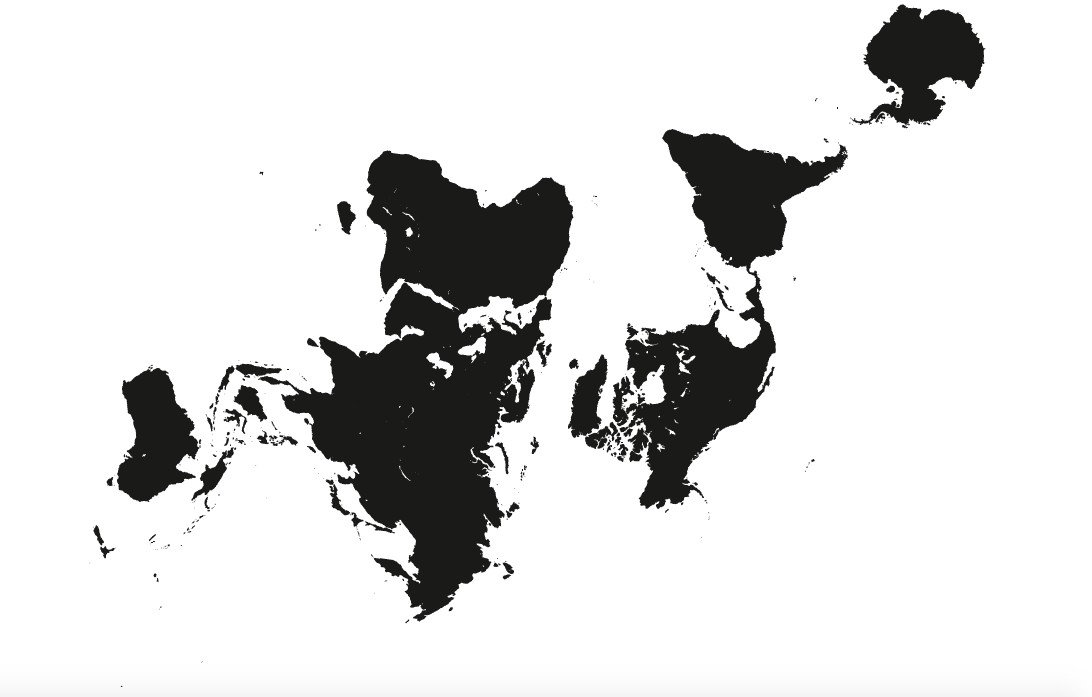 A map of modified, melting continents, the world organised in a manner different to the traditional axis and known coordinates announce Biennale Warszawa’s new series devoted to authoritarianism. The map design adopts a new perspective of looking at the universally accepted and established view of the world. As a visual announcement of the future programming, it is displayed in the front window of the Biennale Warszawa venue at 34/50 Marszałkowska Street (MA3450).

The design in the window was based on the AuthaGraph world map, created by the Tokyo-based architect Hajima Narukawa and the alumni of the Keio University in 1999, which reflects accurate proportions and shapes of Earth landmasses, as well as distances between them. Furthermore, it allows for selecting any given point as the centre of the world, which amends the classic perspective, distorted due to the marginalisation of certain geographical regions. Two versions of the map are displayed in the front window of the Biennale Warszawa venue, one with the Pacific, and one with Africa in the centre. 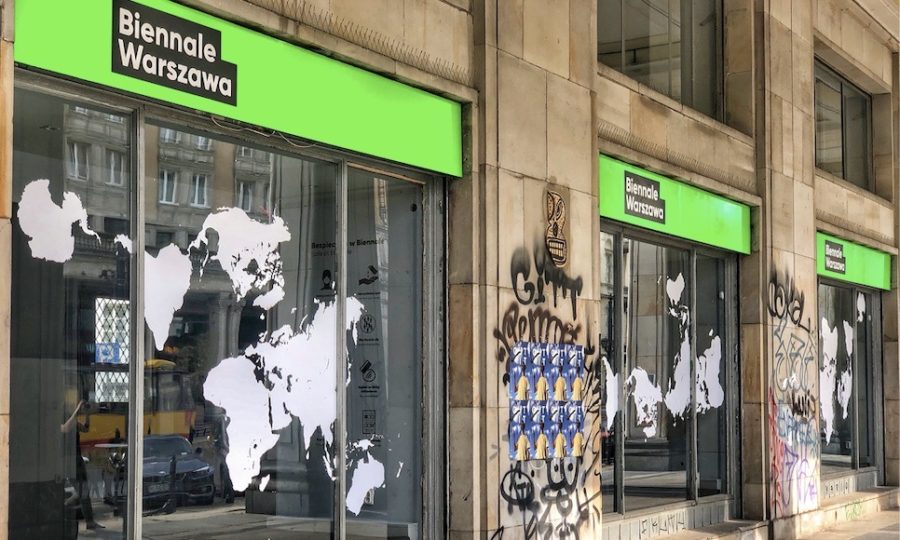 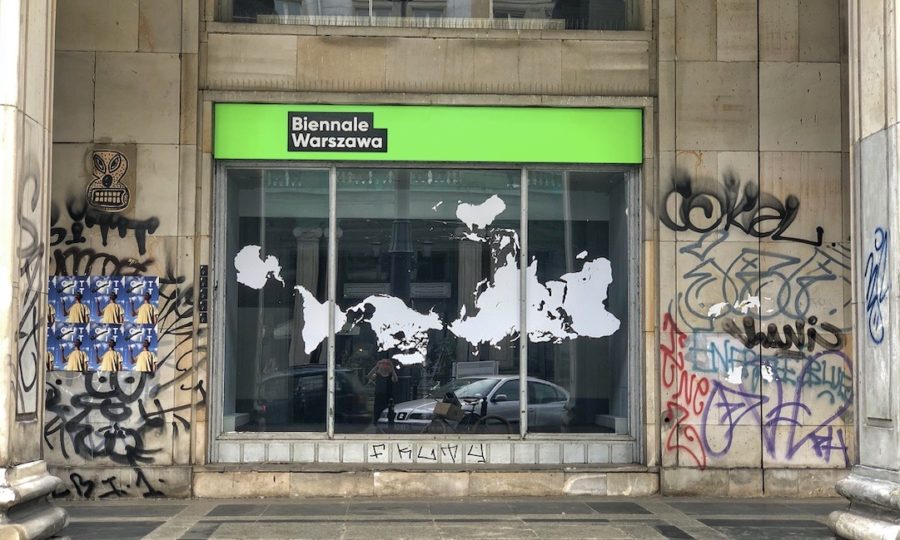 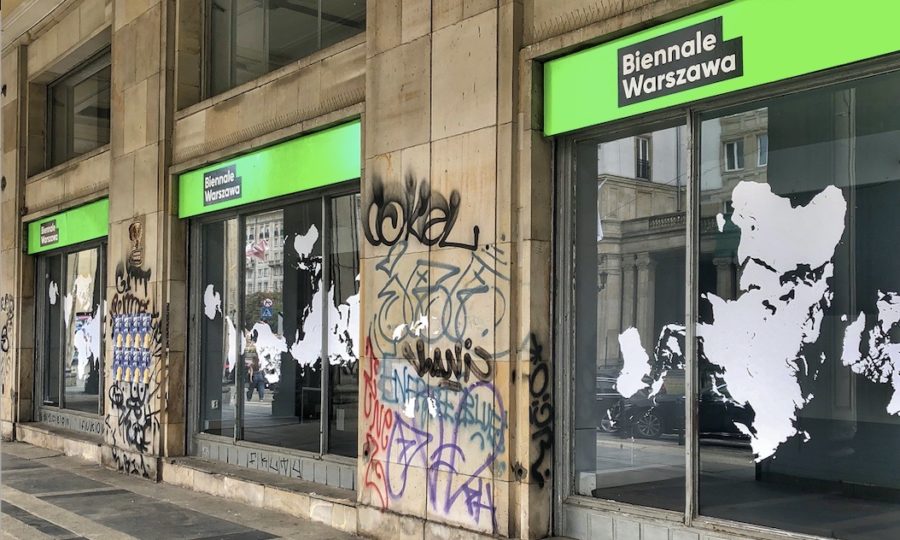 The map used courtesy of AuthaGraph.