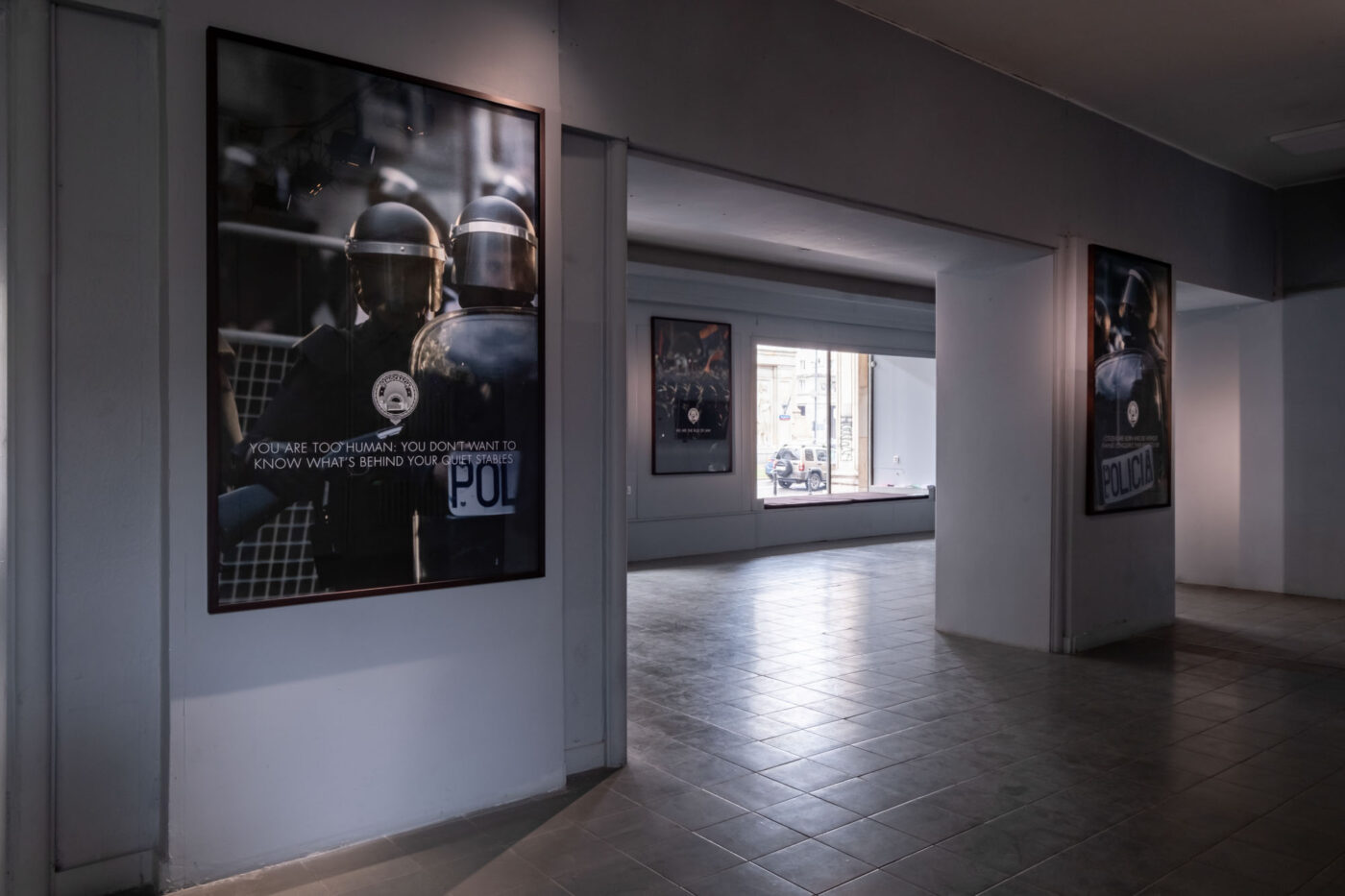 Democracia
We Protect You From Yourselves, 2013
Series of 7 photographs
Courtesy of the artists and a/political

This series of photographs was taken by Democracia in Madrid in 2012, during the anti-austerity protests (march on Congress) demanding the Popular Party government resigns. The events attracted worldwide attention due to the size of the rallies and the number of police forces mobilised against them. Democracia’s photographs capture police batons and rubber bullets, documenting the brutality of means used against the protesters. Rubber bullets are known to cause permanent health damage and possibly death. The title of the series references an essay Order (Police, Democracy, Revolution) by Luis Navarro. Luis Navarro, a philosopher and an ex-police officer, wrote about the paradox of police, mostly from working-class backgrounds, deployed to pacify working-class protests.