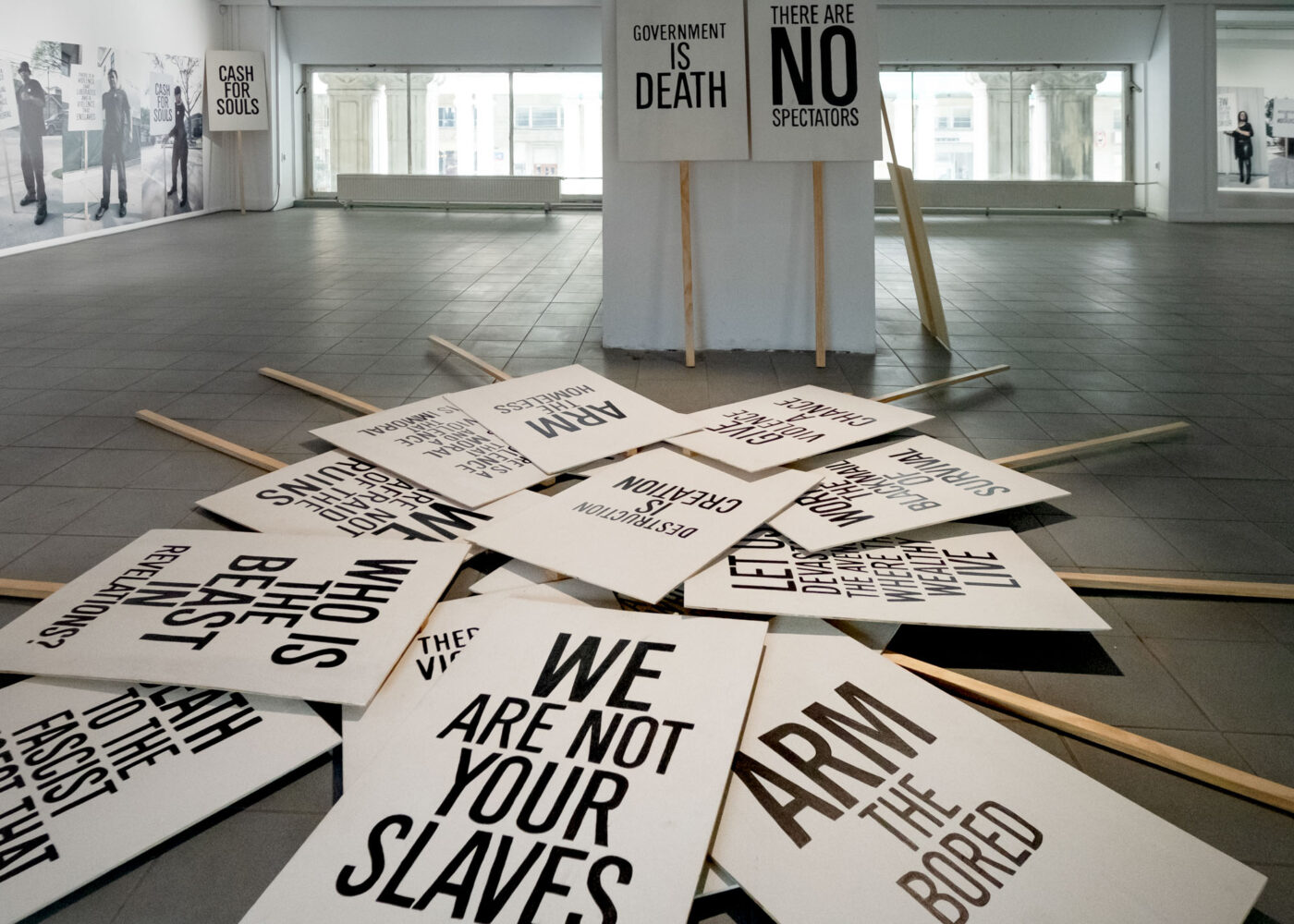 Democracia
Jeremiah series, 2018
Picket Signs
Series of 21
Courtesy of the artists and a/political
A joint commission by a/political and The Station Museum in Houston

This series of picket signs were conceived by Democracia while working on ORDER, 2018. Among the phrases featured on the placards are ‘Who Is the 666?’ and ‘Who Is the Beast in Revelations?’, taken from Amiri Baraka’s divisive poem Somebody Blew Up America, 2001. In the poem, the author points at those in power and their track record of crimes, in the context of a then-new wave of anti-terrorism laws: “Who the biggest terrorist”. Other picket signs feature phrases written by the artists and quotes from fellow revolutionaries, such as Lucy Parsons (‘Let us devastate the avenues where the wealthy live’), an American labour movement activist.