A year of crises and expanding the battlefield. 2020 in Biennale Warszawa   Floraphilia. Revolution of plants 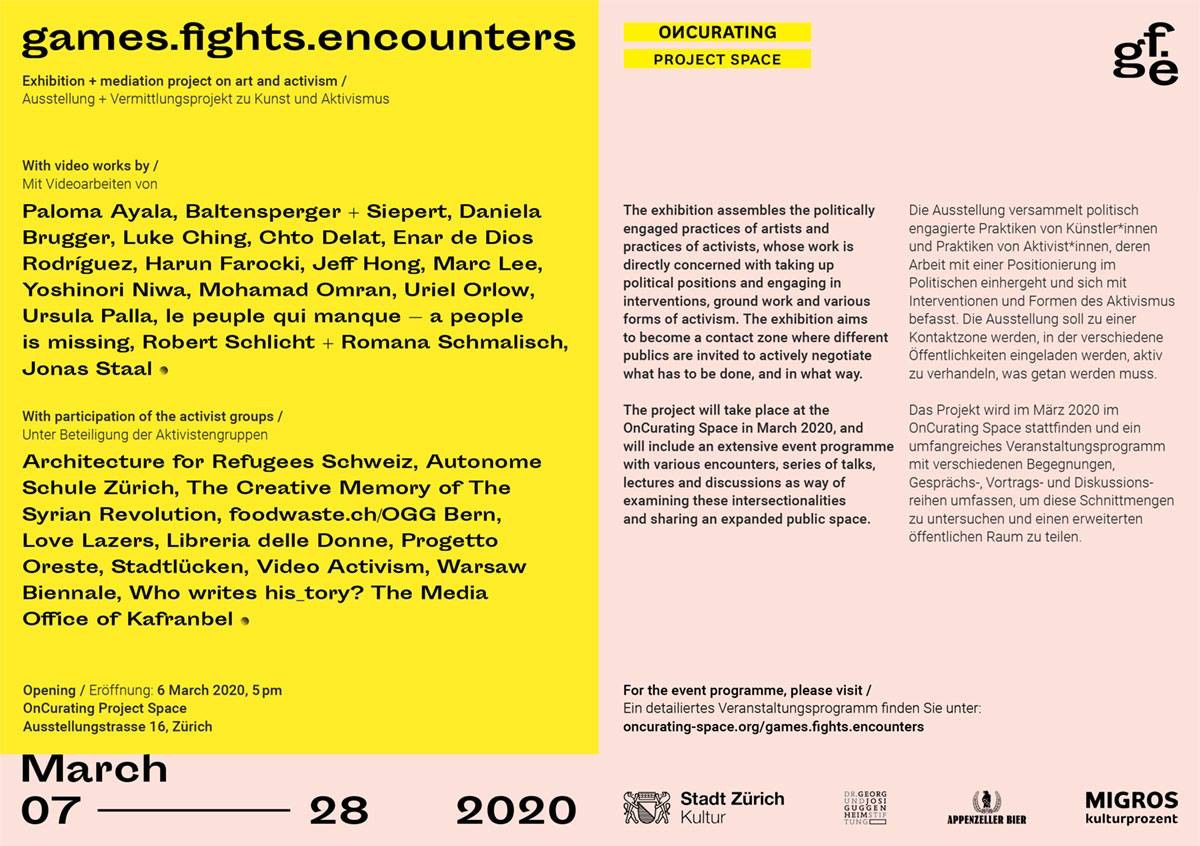 The exhibition assembles the politically engaged practices of artists and practices of activists, whose work is directly concerned with taking up political positions and engaging in interventions, groundwork and various forms of activism. The exhibition aims to become a contact zone where different publics are invited to actively negotiate what has to be done, and in what way.

The project will take place at the OnCurating Space and elsewhere in March 2020, and will include an extensive event programme with various encounters, series of talks, lectures and discussions as a way of examining these intersectionalities and sharing an expanded public space.

The presence of political discourse in contemporary art has been ﬁrmly established for decades, with its intense and important interventions. In our current political climate, where in many states and nations the raging economics of global capital and its outcomes have in many instances been followed by reactionary votes and support for age-old heteronormative and identitarian fundamentalisms, the necessity of the inﬂuence of political art and a range of voices dramatically increases. The accelerating success of populist rhetoric and increasingly concerning consequences of global warming only add urgency to the matter. It is fair to state that art and activism on their own are not enough to open up minds and affect the fundamental ground-level change necessary to realise a fairer and more equal global society.

Therefore, organizers are inspired to use the idea of “chains of equivalence” as theorised by Chantal Mouffe and Ernesto Laclau as a starting point, in order to present positions of shared interests of activism, art practice and curating, and everything that happens in between, in a conversation about how these spheres affect the creating and reshaping of society towards justice and norms of equality, and how these respective practices negotiate their roles to have an effect in societies.

The exhibition developed for the OnCurating Project Space aims to make encounters possible without levelling off the essential differences between artistic and political activism. It simultaneously attempts to enhance a condition of plurality and display a variety of voices grounded in different realities and which claim disparate urgencies. The exhibition is designed to withstand the ensuing tension, and through juxtaposition, to create a conﬂict zone of the existing artistic and activist approaches in all their ambivalence, where new connections can be formulated.