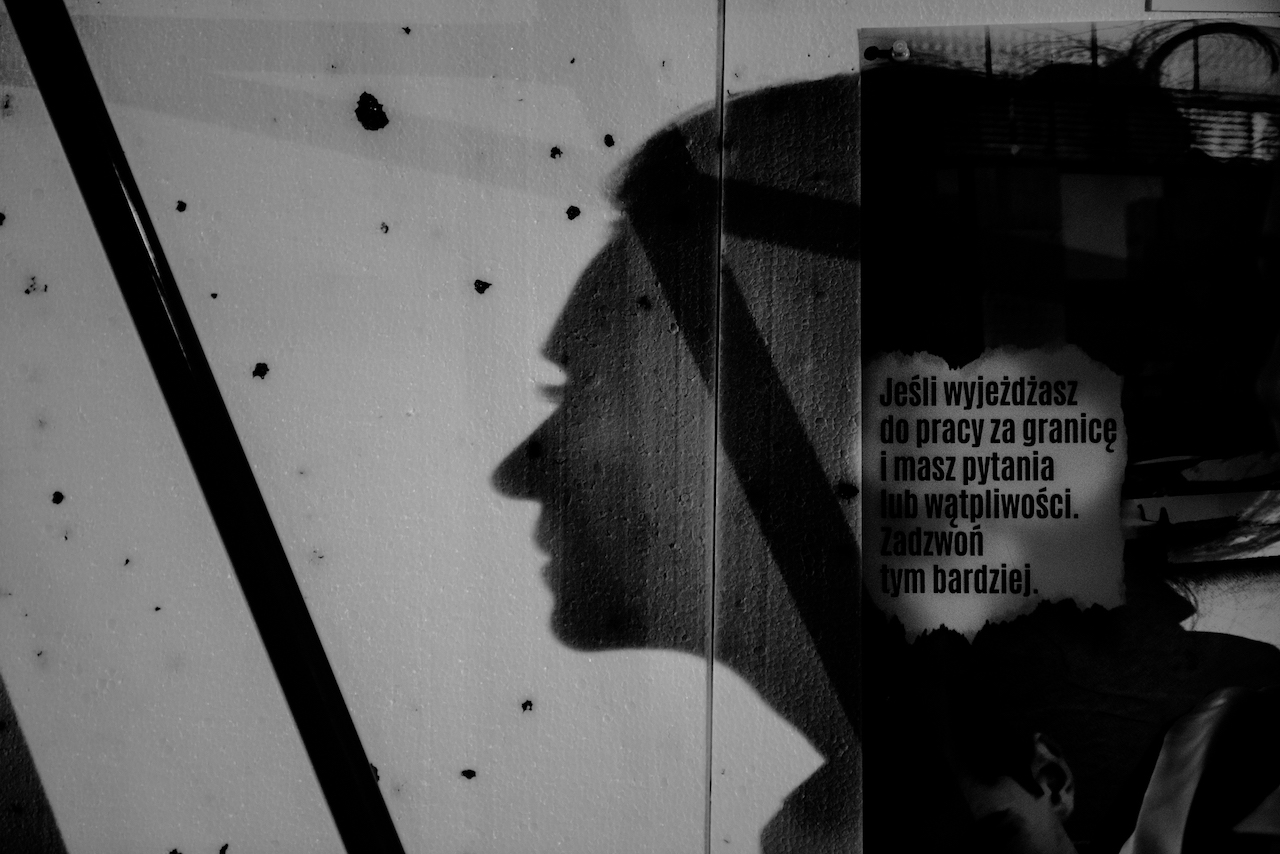 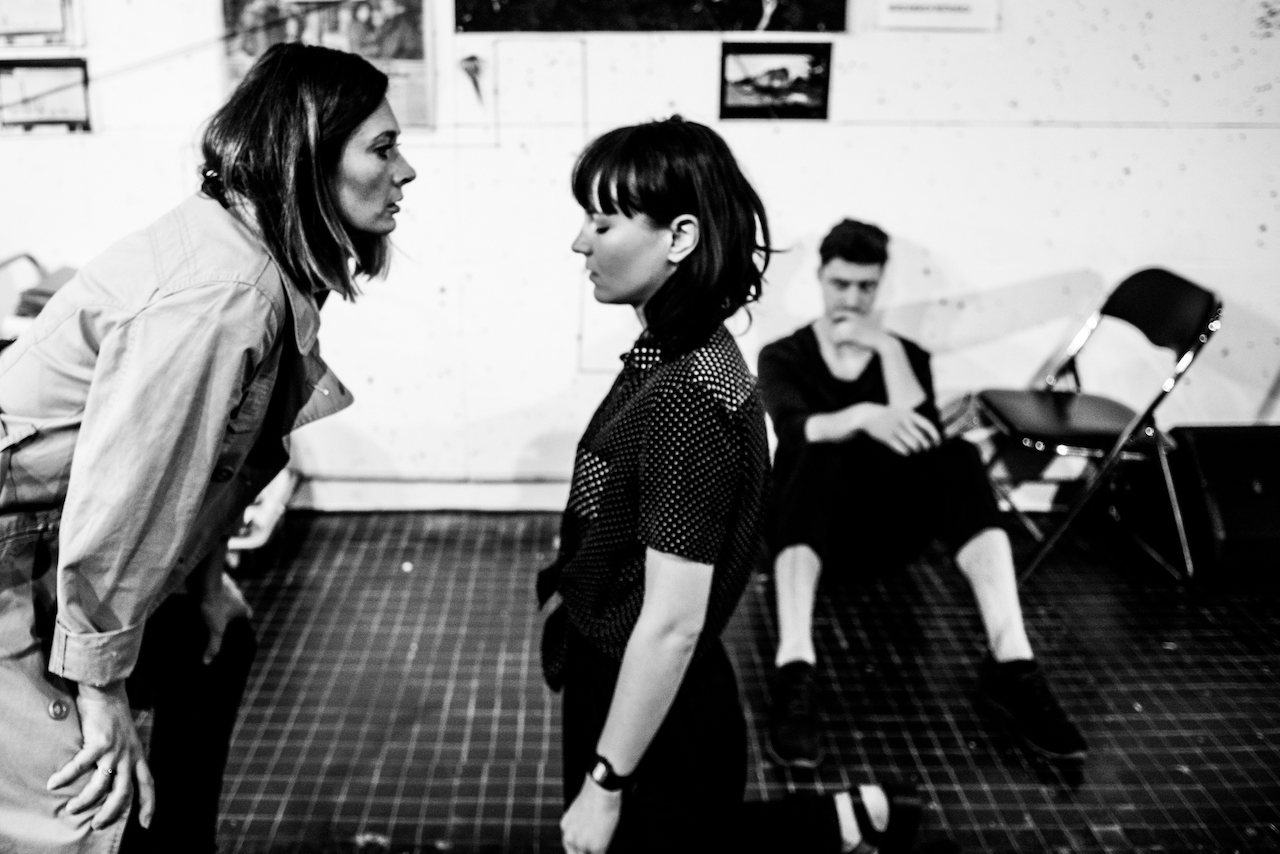 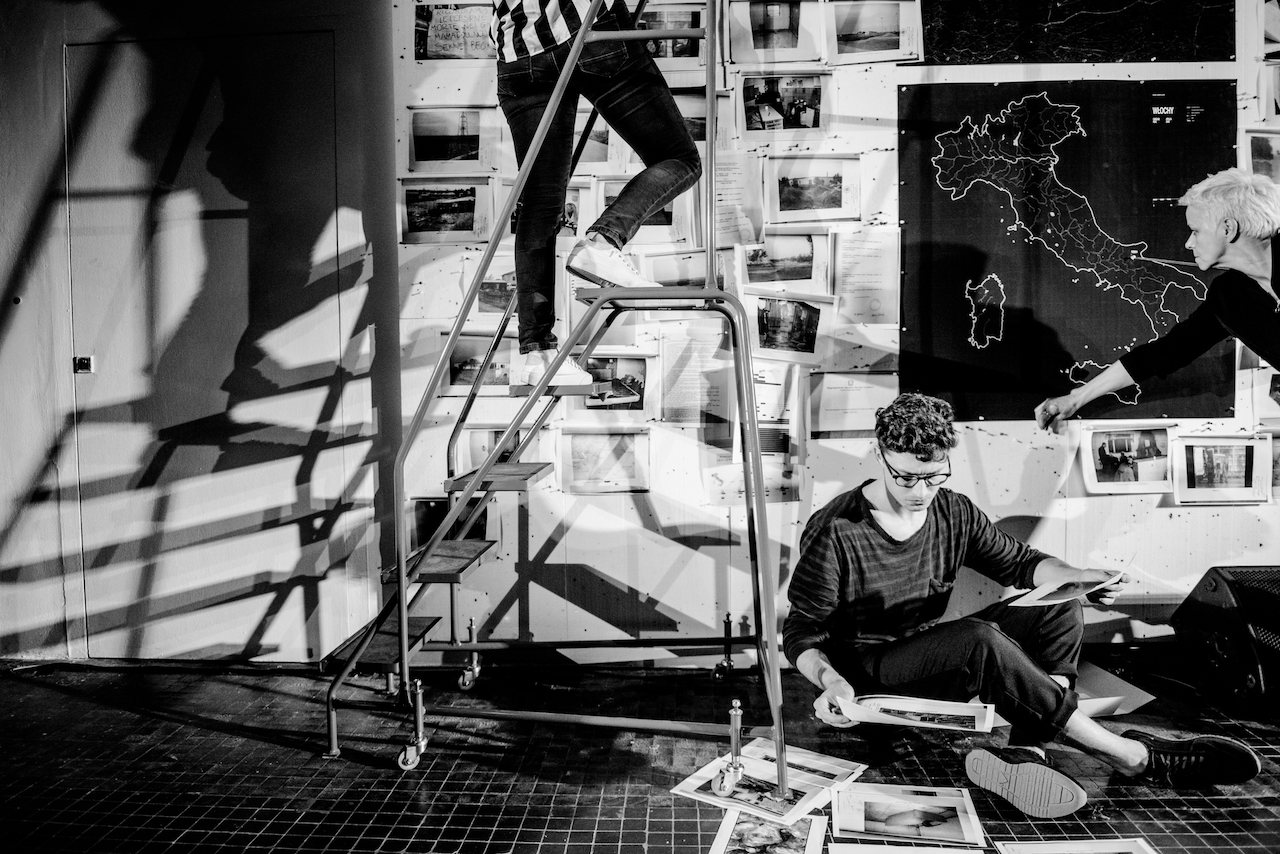 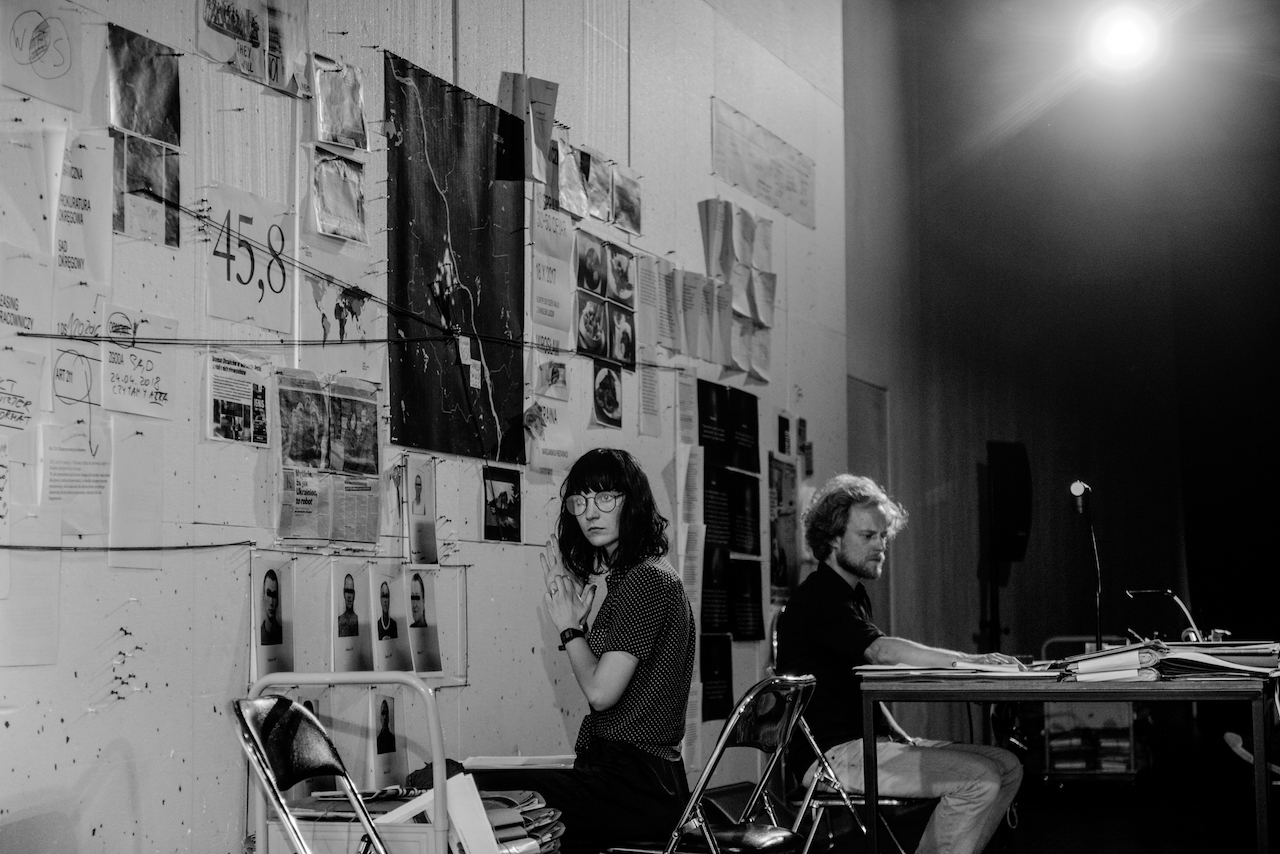 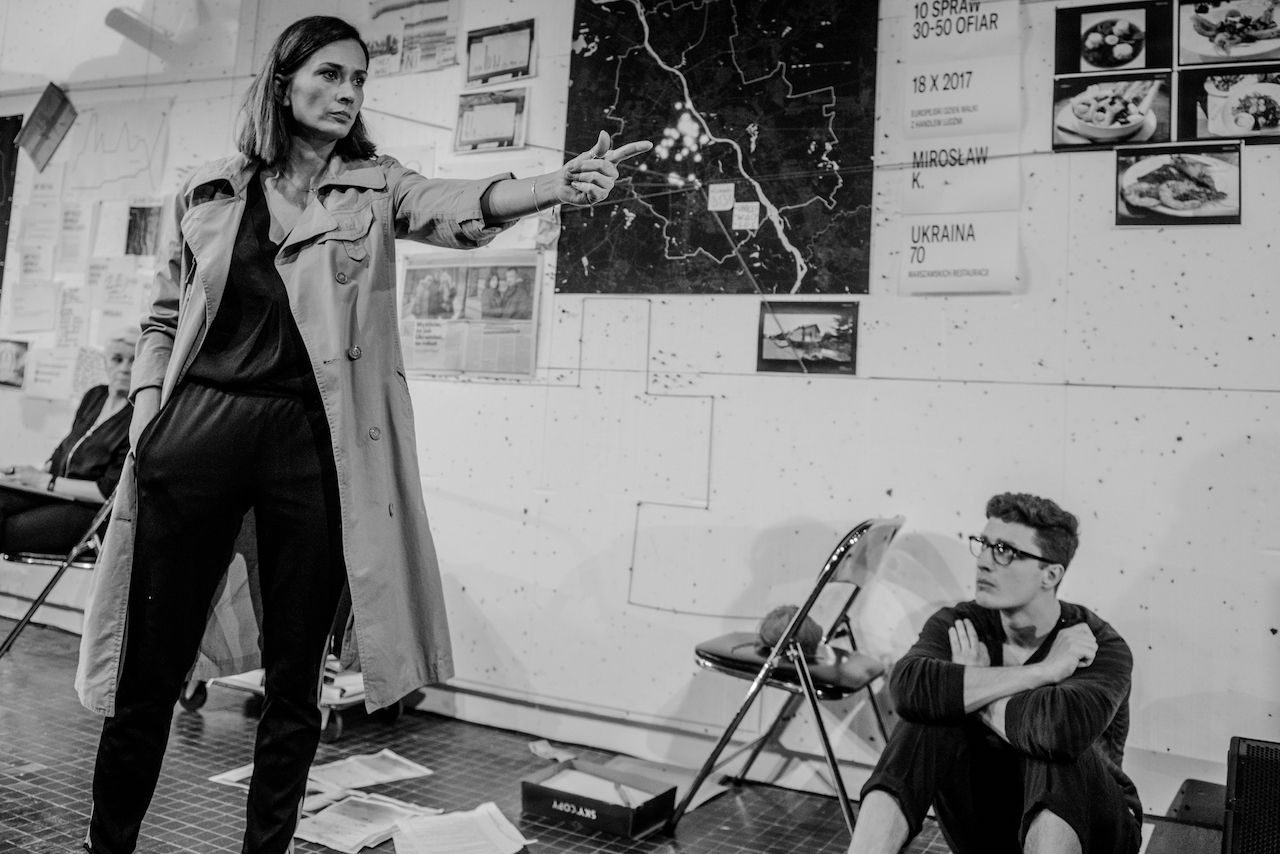 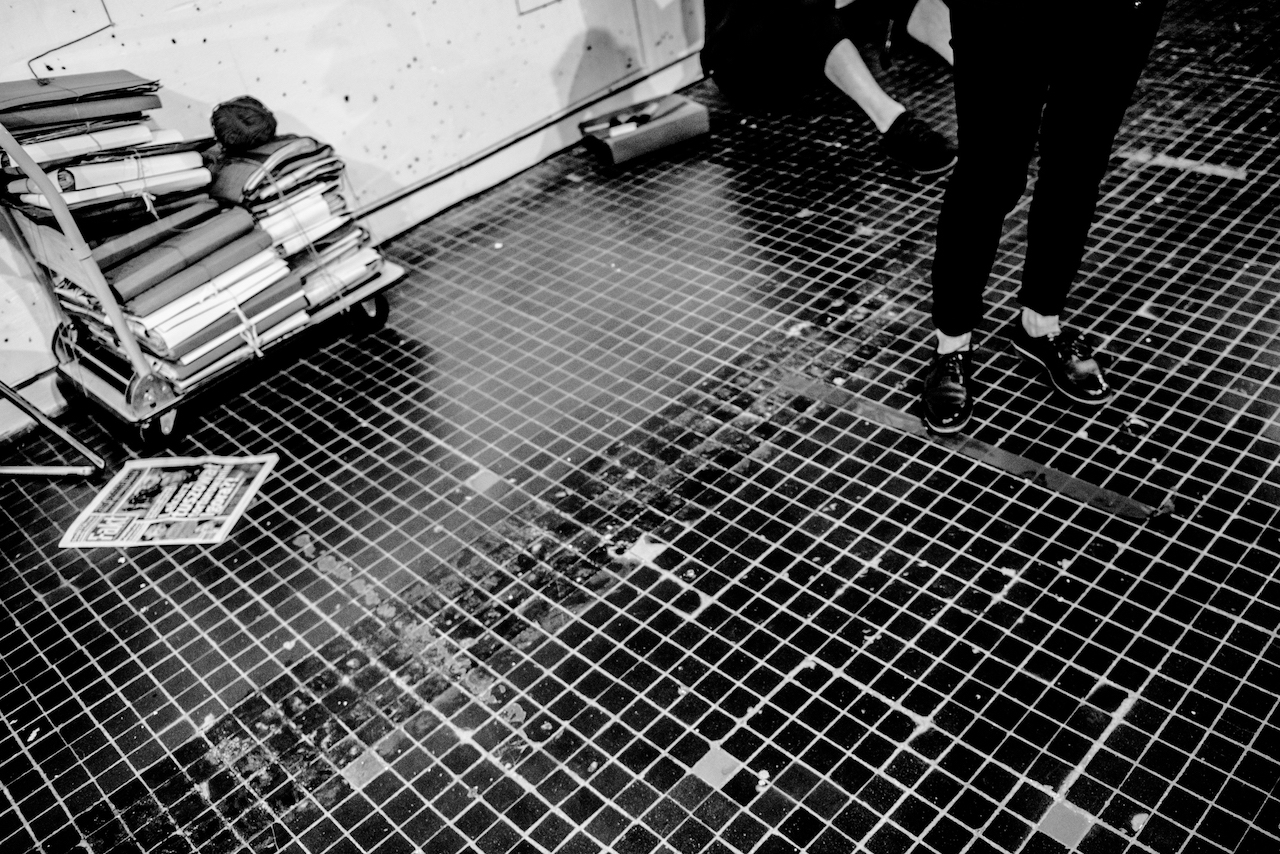 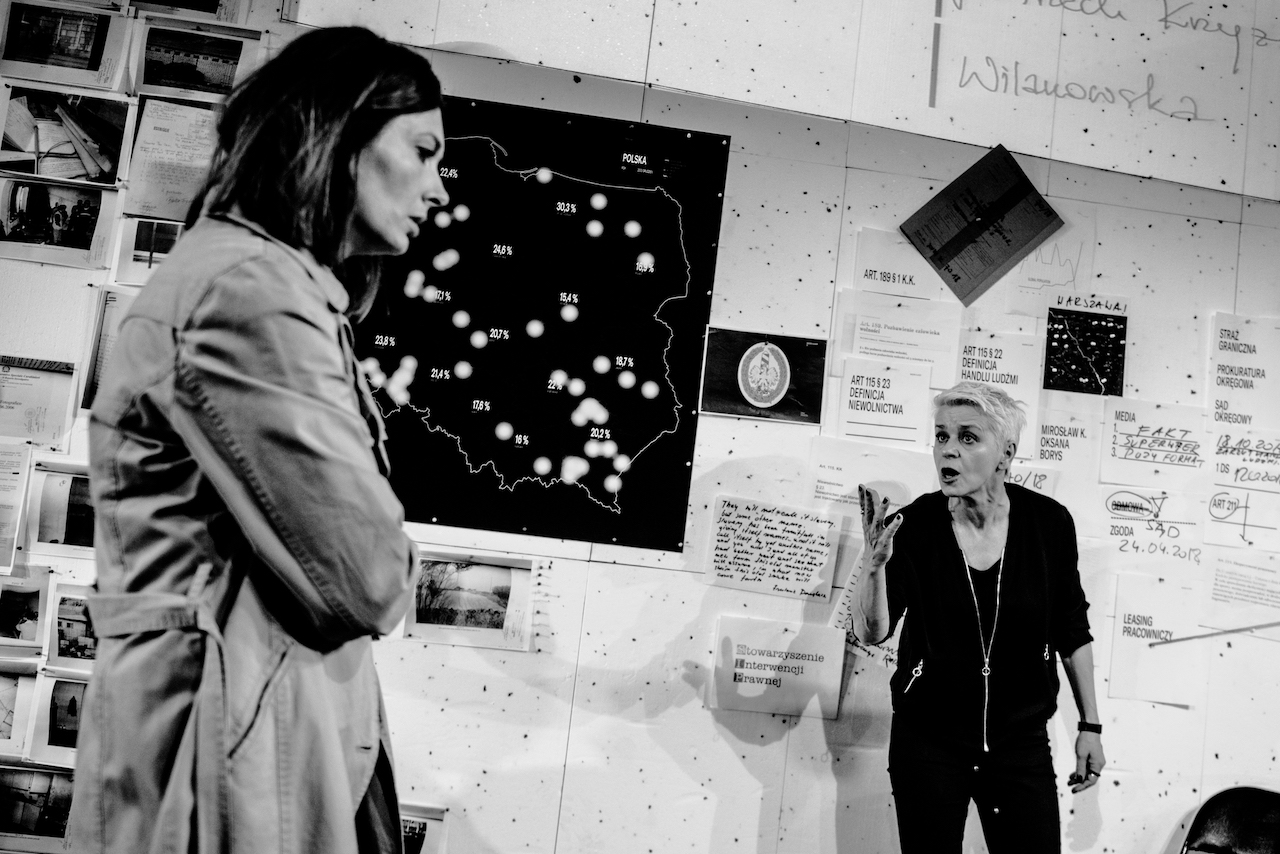 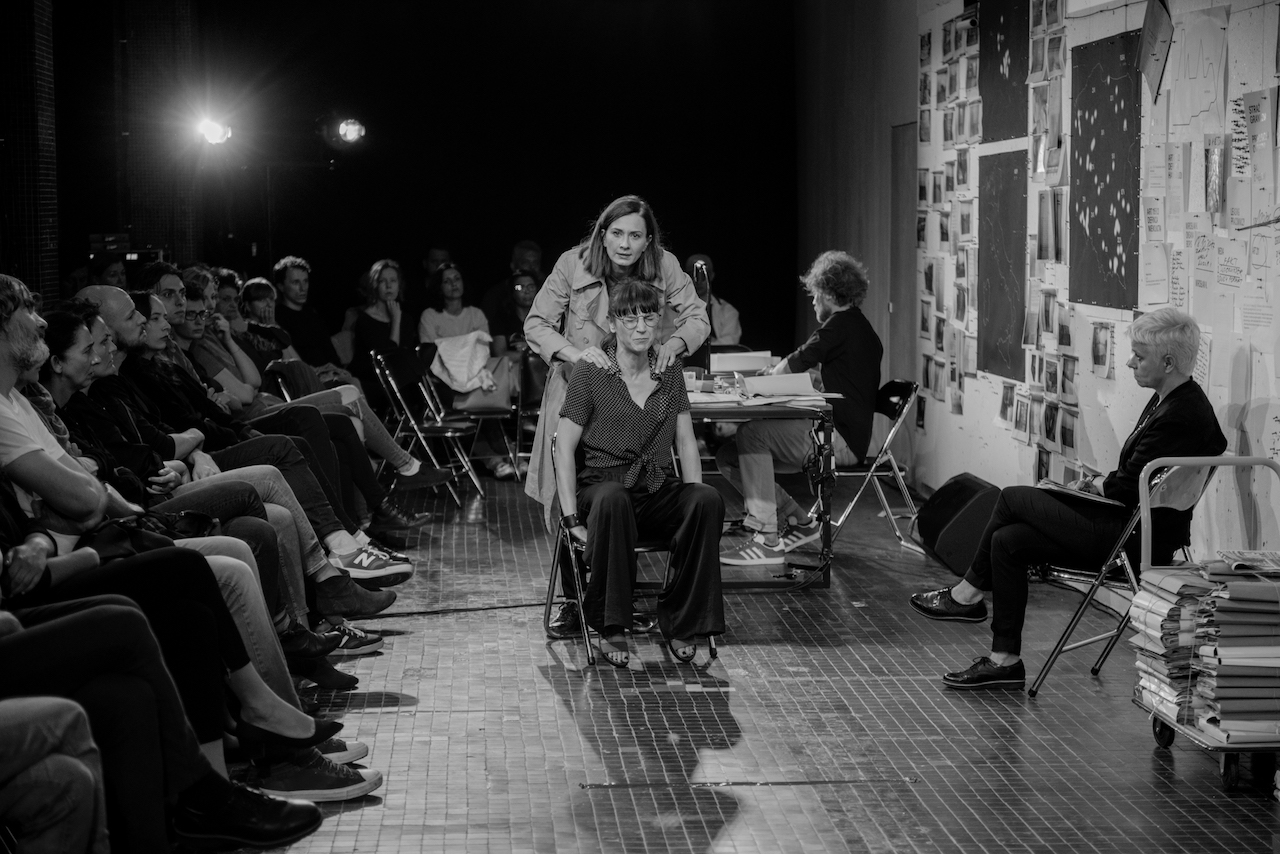 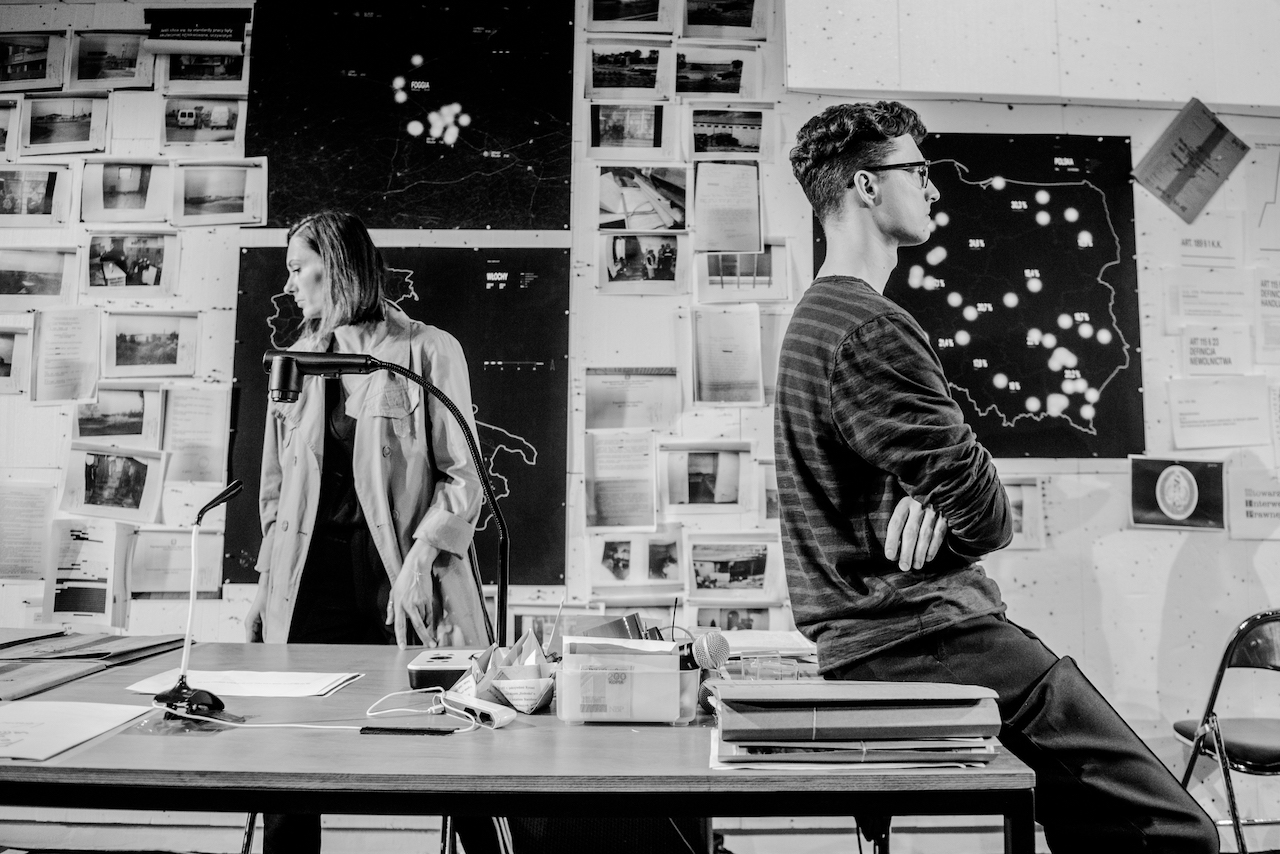 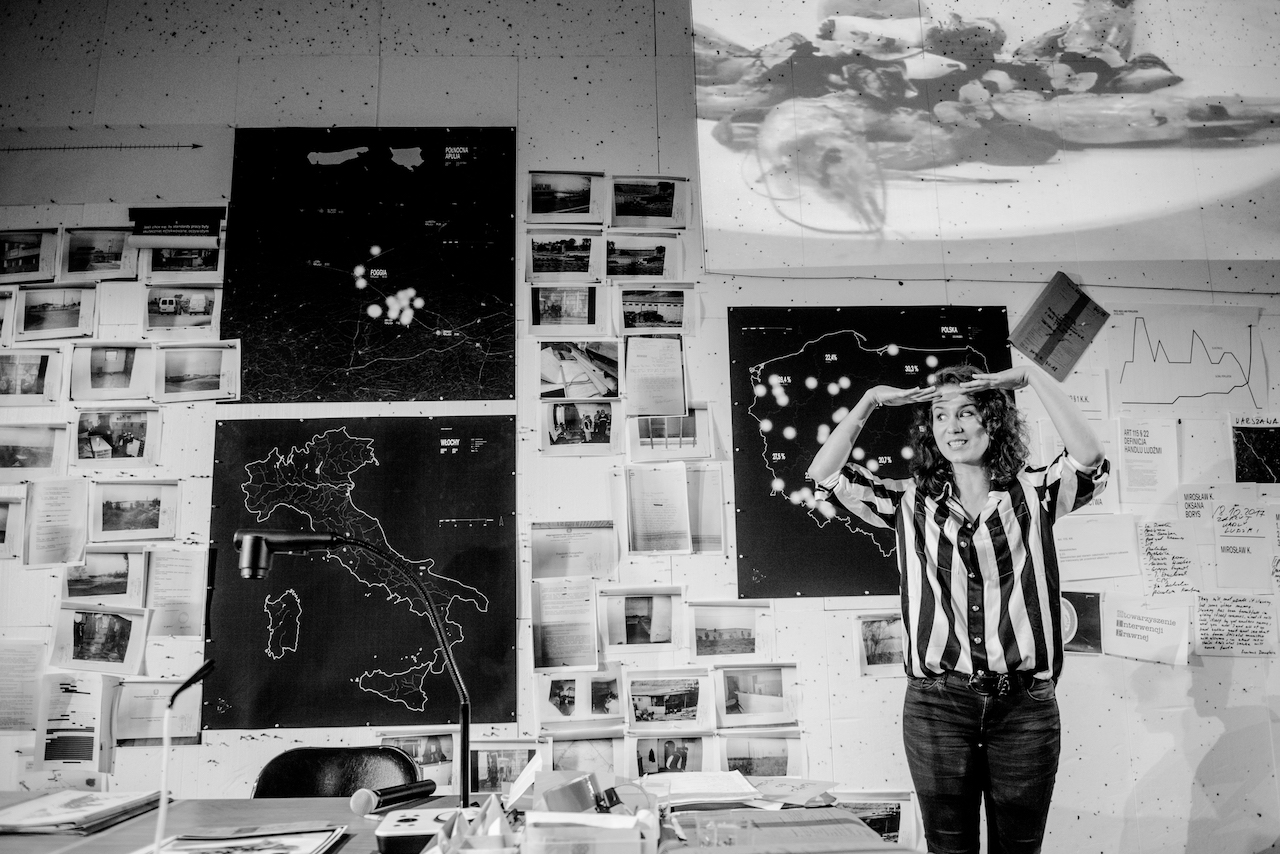 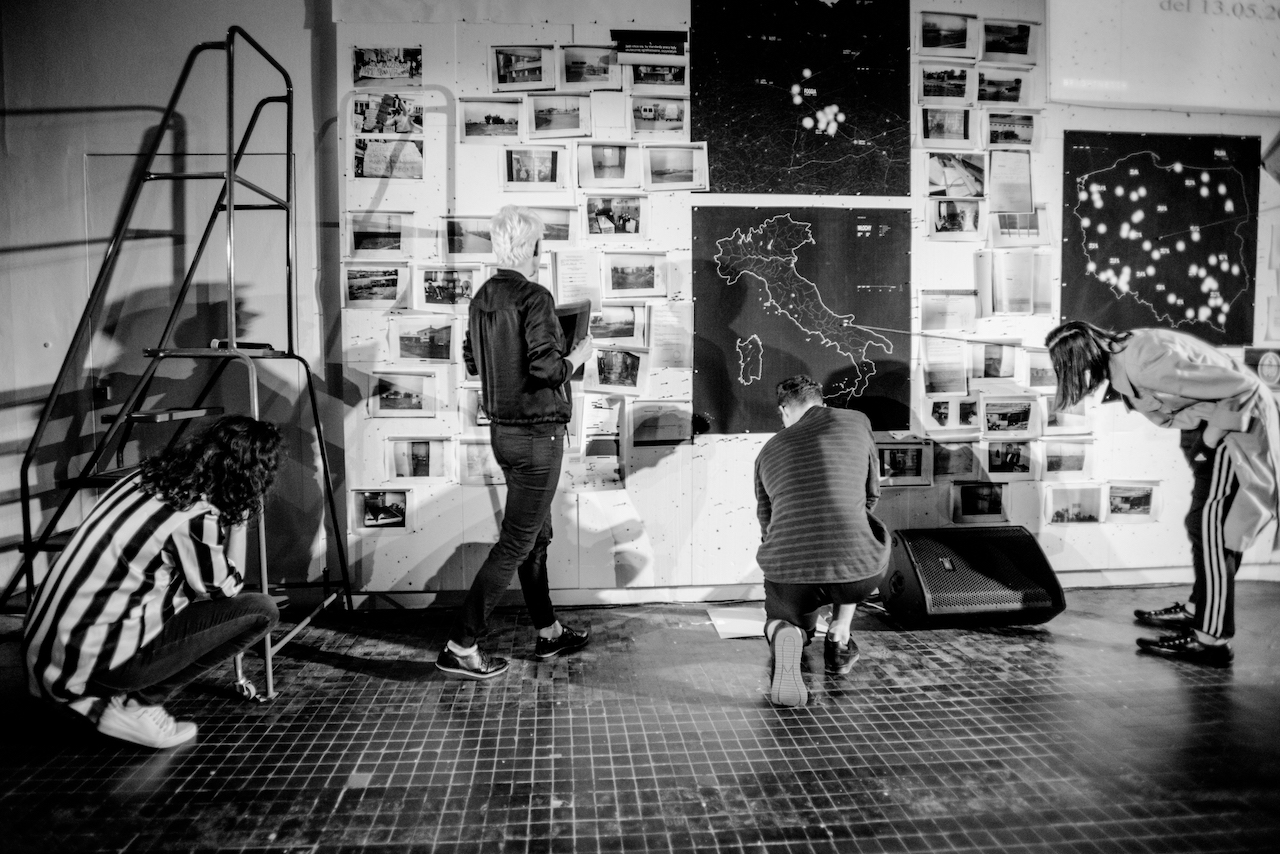 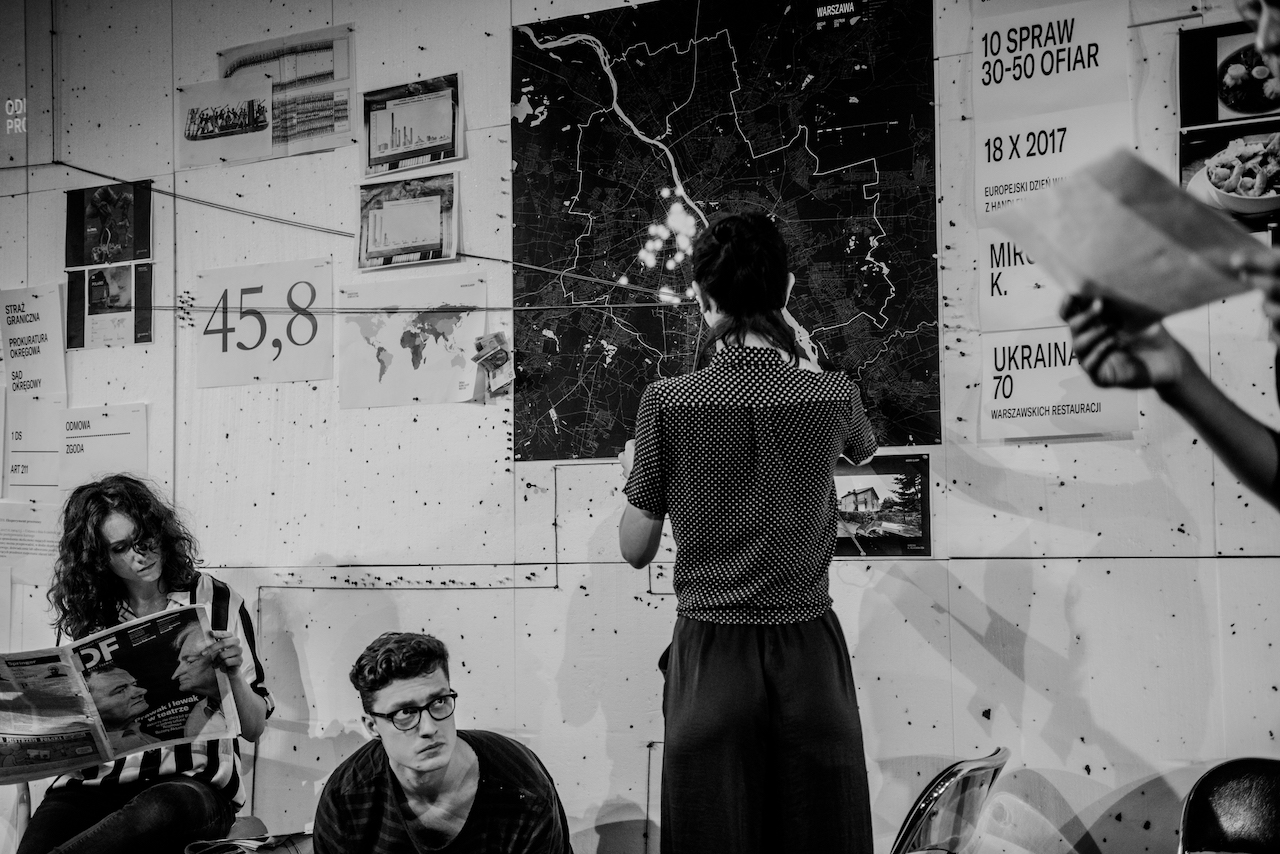 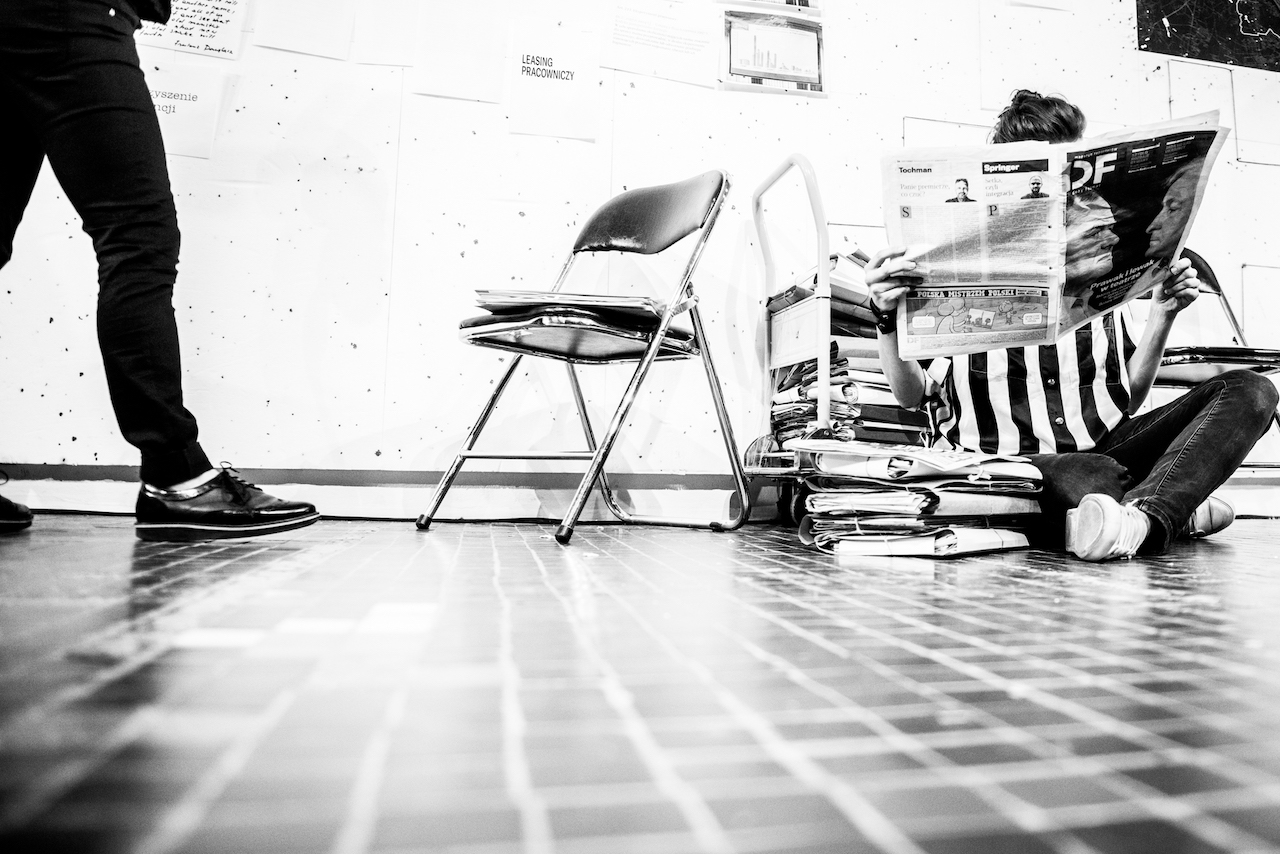 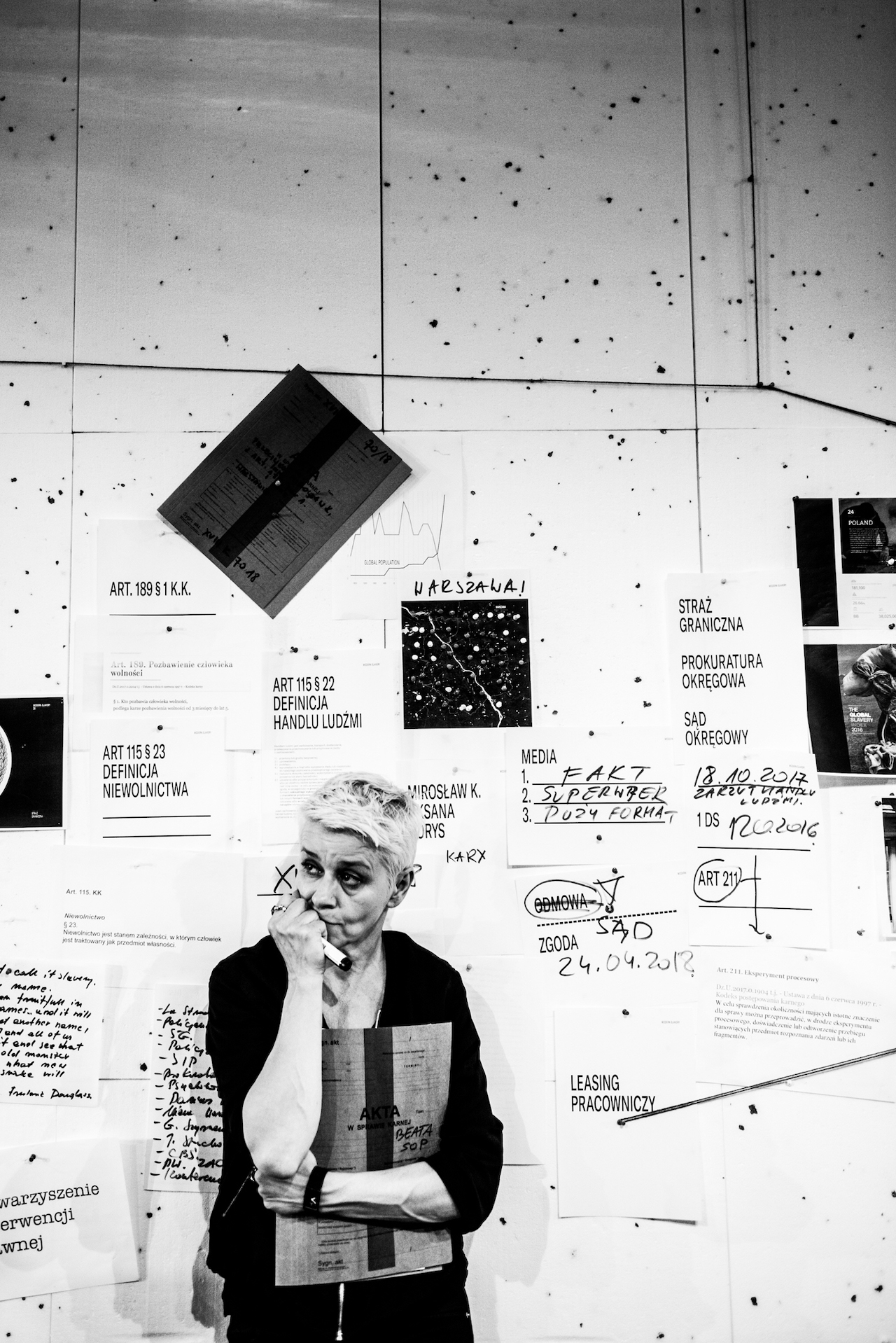 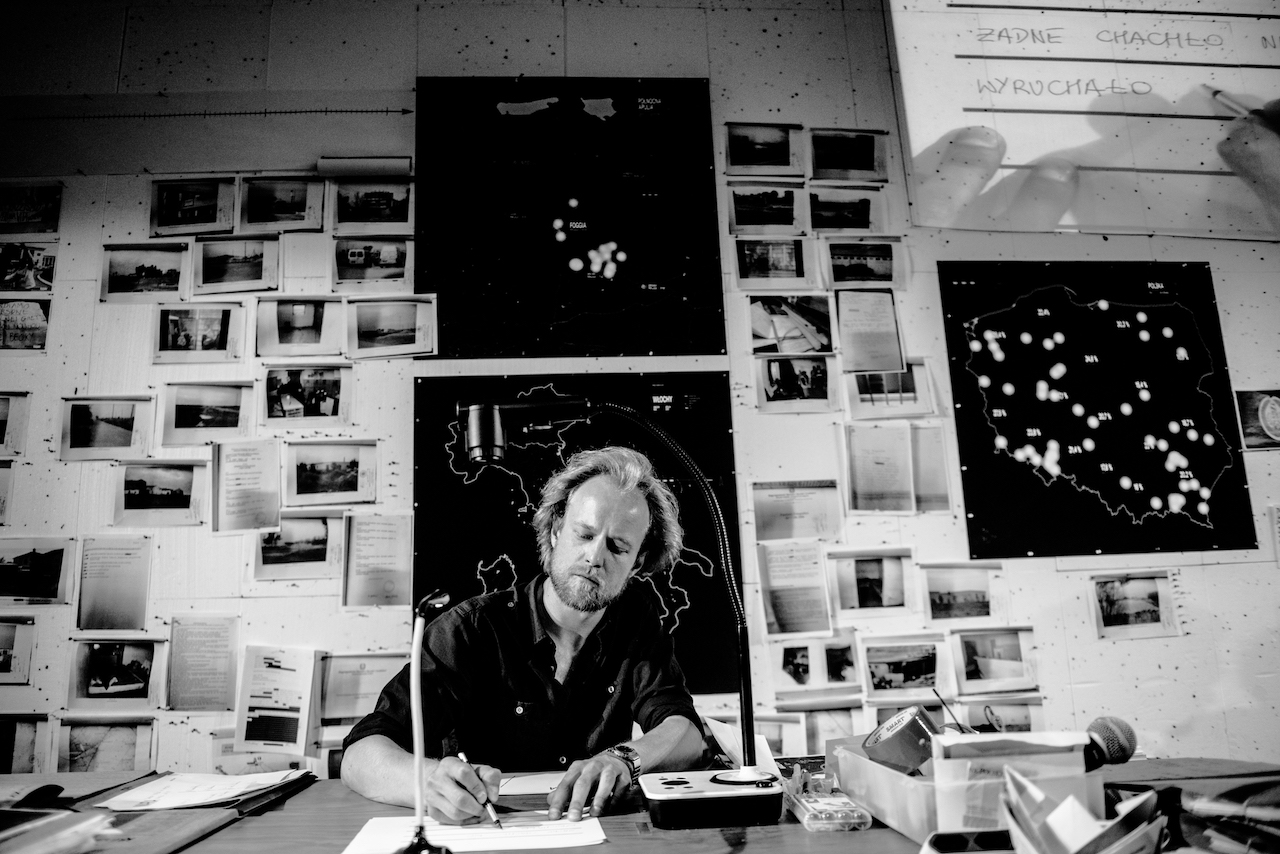 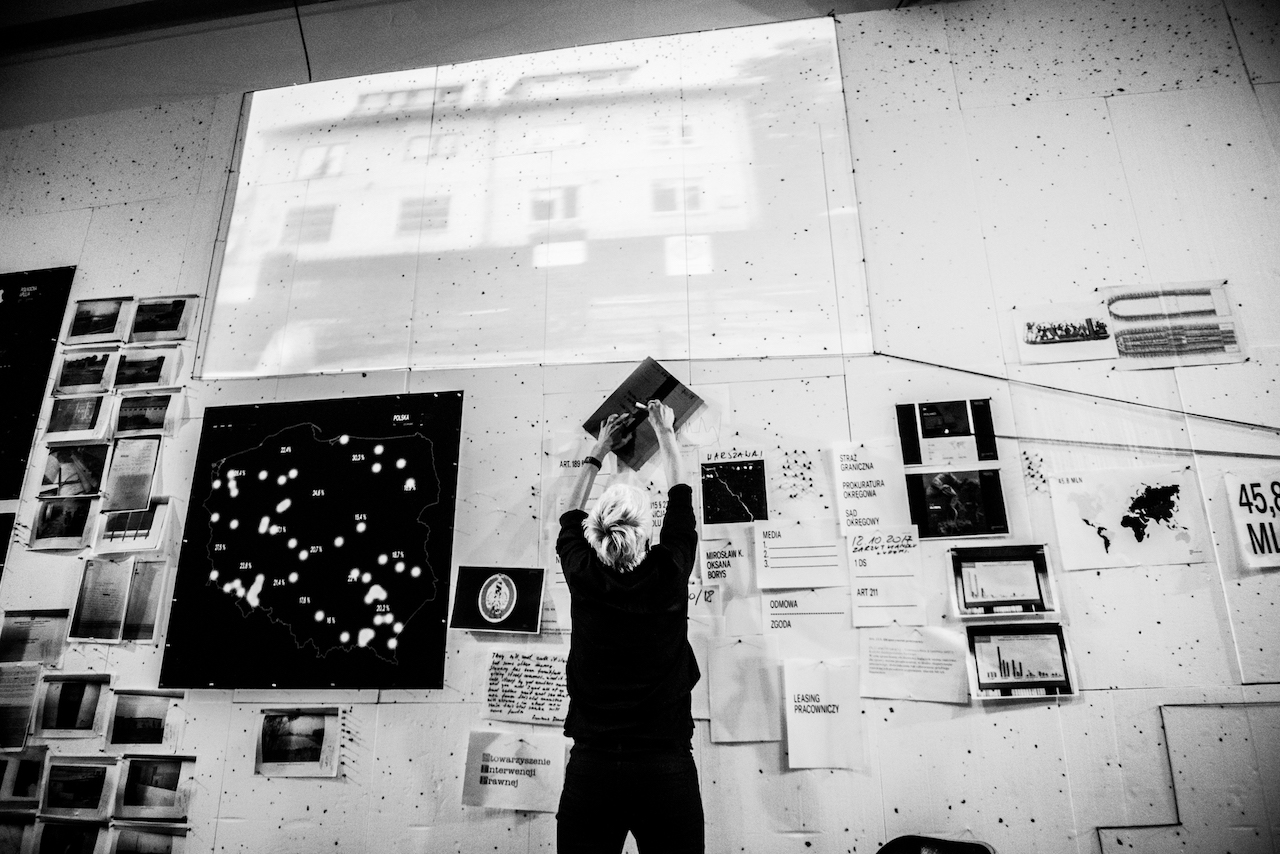 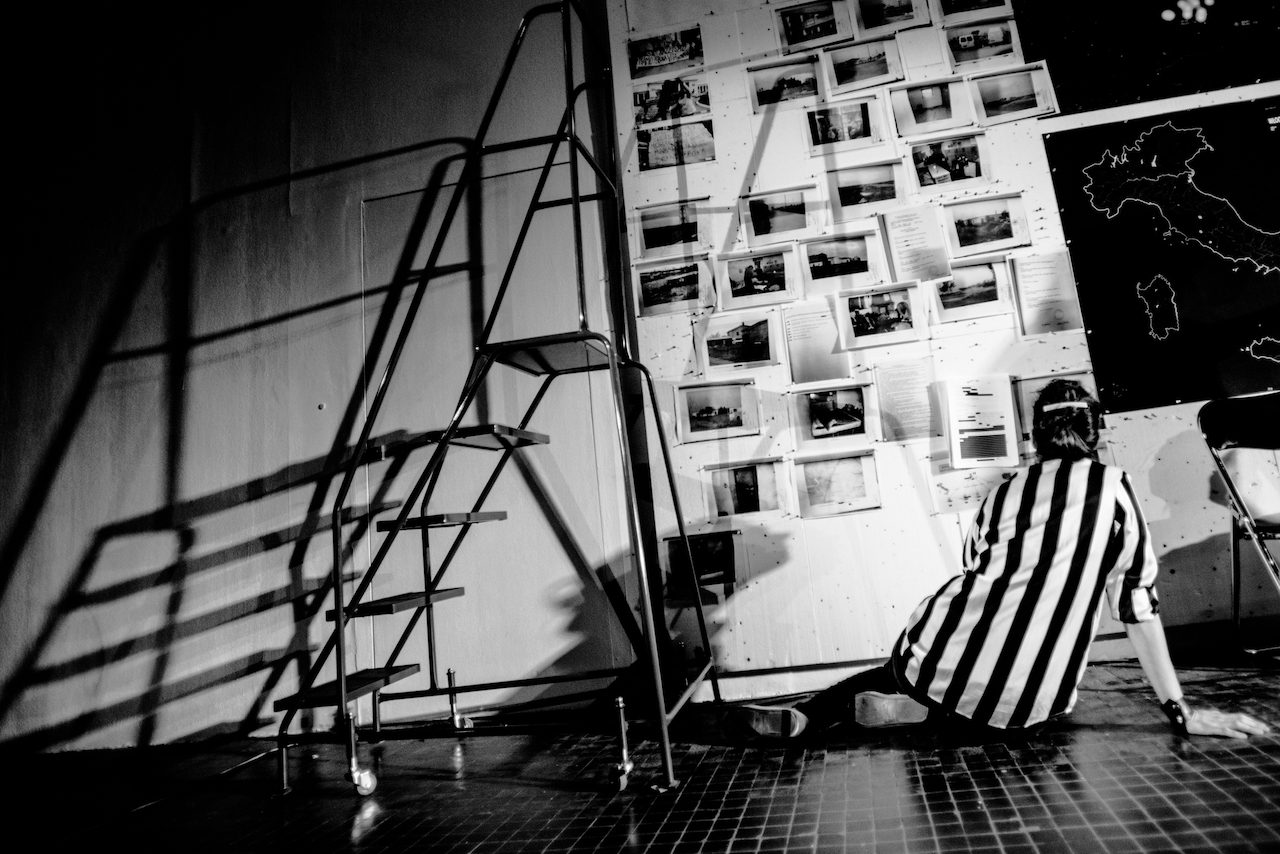 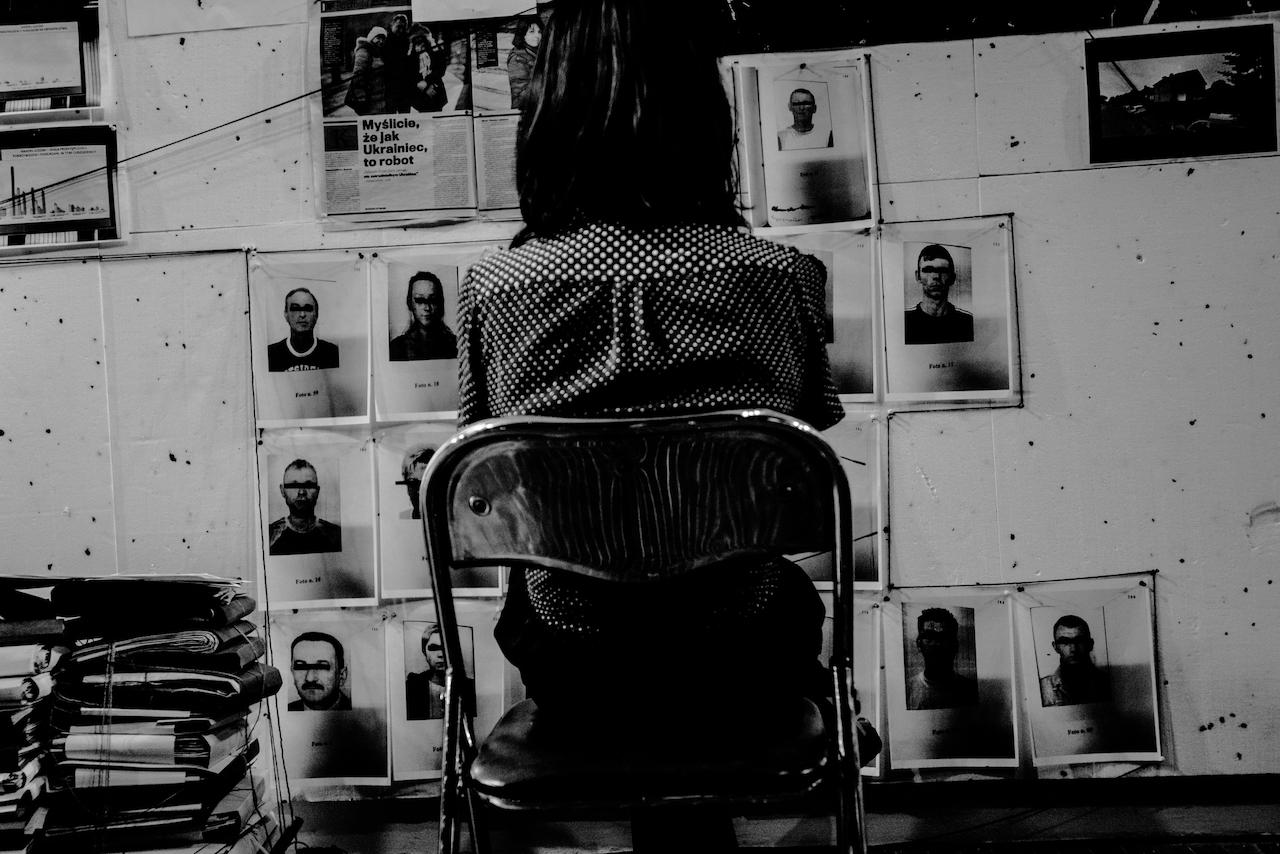 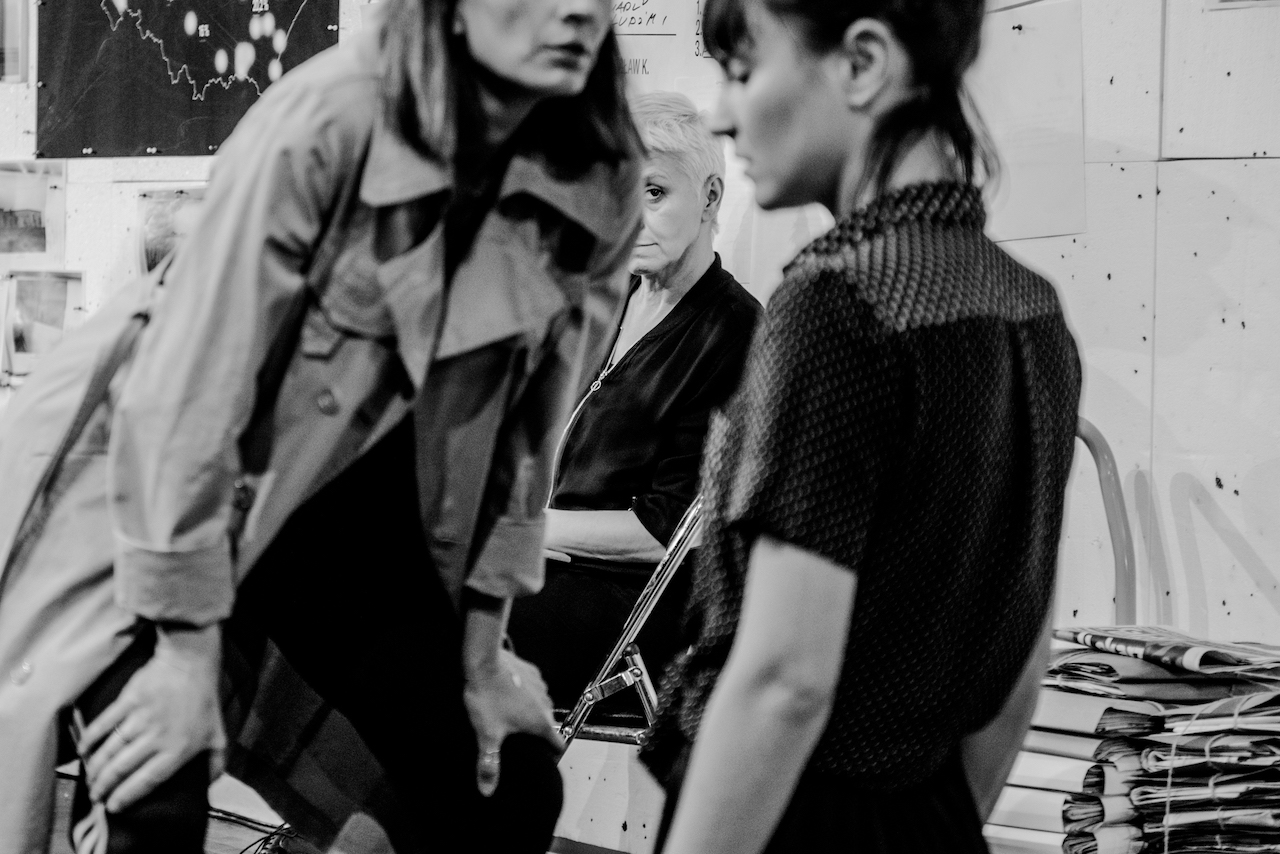 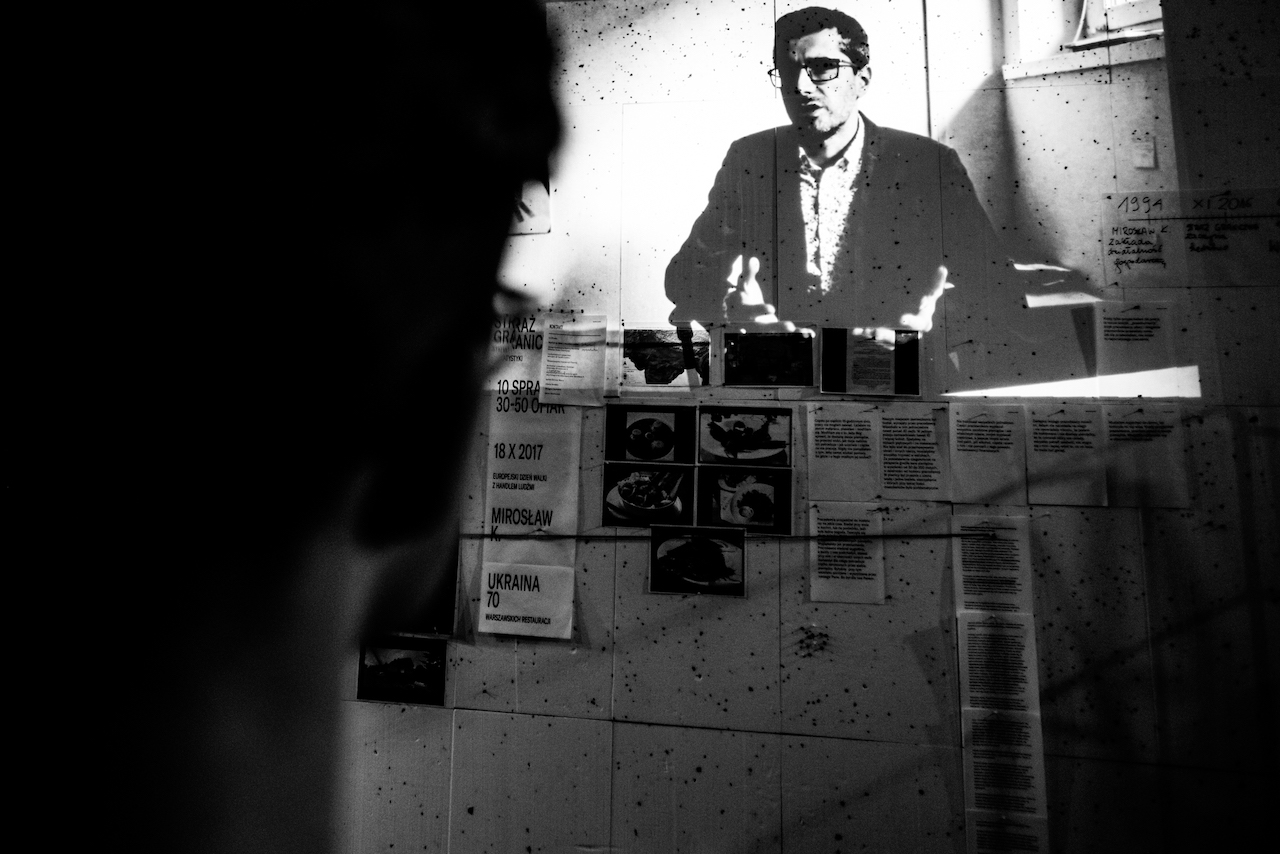 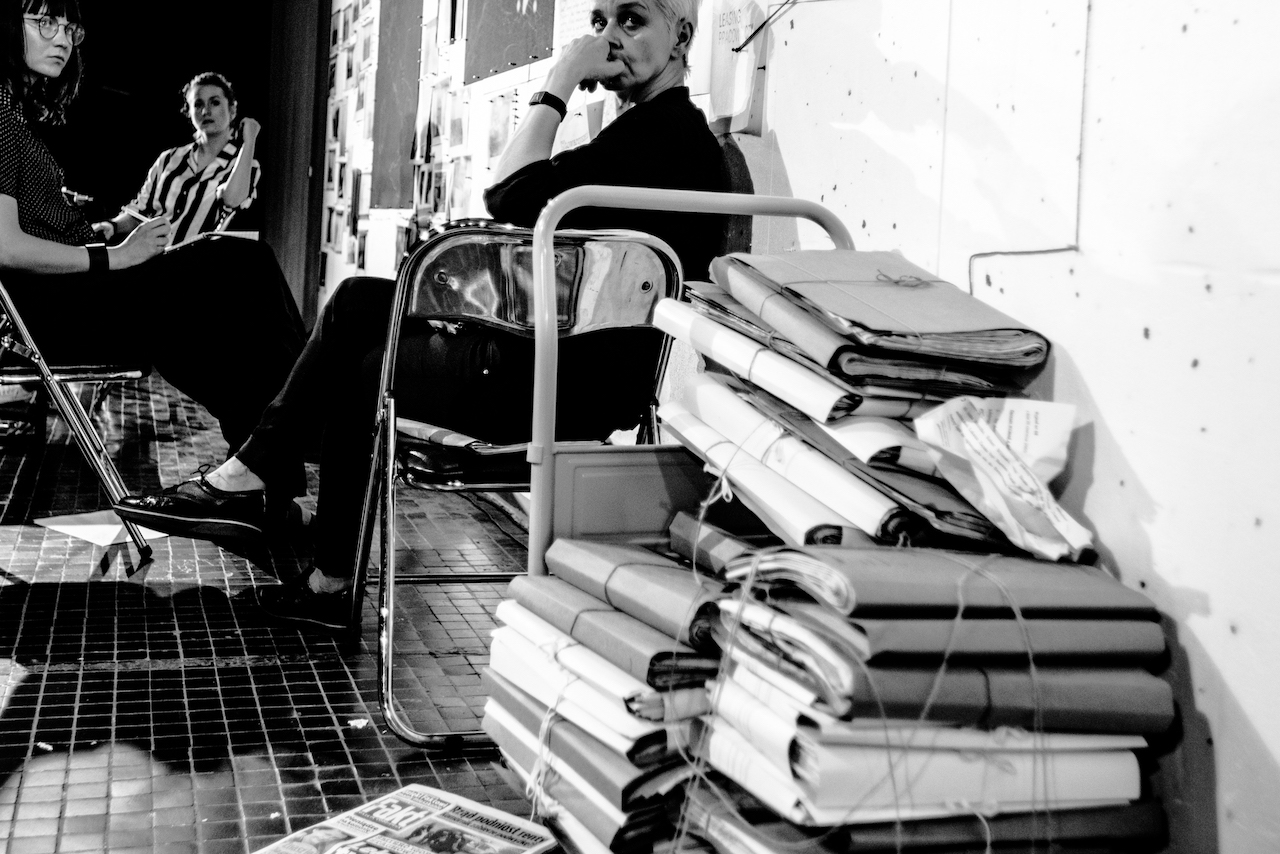 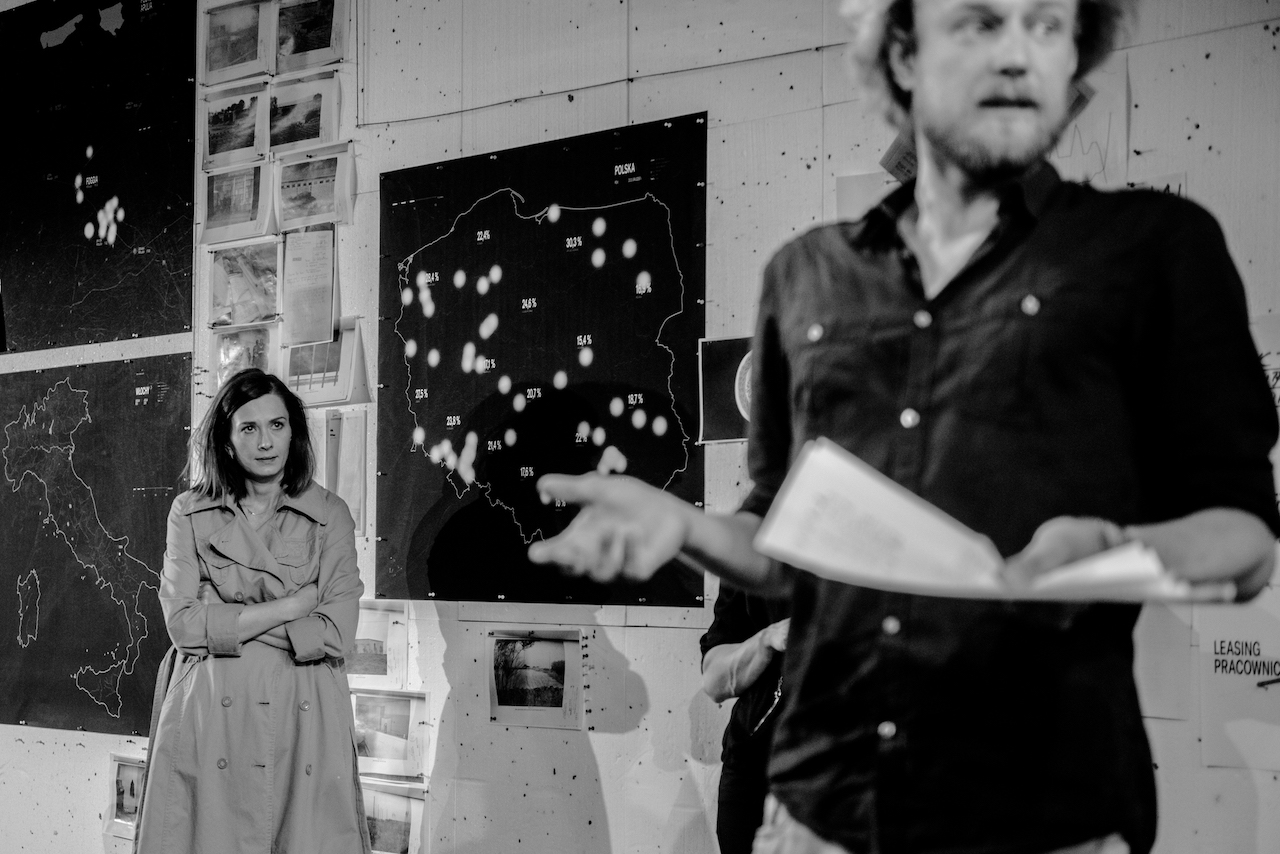 They are practically everywhere. In fashionable Warsaw restaurants, on construction sites, in closed factories, in processing plants, orchards and farms. They come from Ukraine, Belarus, Korea, Philippines, China and Vietnam. Sometimes they are Poles. The Global Slavery Index report reveals that in 2016 in Poland, there were over 181,000 modern slaves, which amounts to 0.476% of the Polish population. However, slavery here is not a metaphor describing any kind of exploitation. This concerns situations of unpaid forced labour, related to human trafficking or fictional debt. We decided to investigate and discover where these statistics come from, and to what situations, places and histories they are connected. And eventually, to answer the question: why is this phenomenon entirely invisible and rarely commented in the public debate? These activities resulted in a performance-exhibition.

Alongside an in-depth analysis of the local situation, we confront testimonies, narratives, visual materials, documents and thoughts from various places across the world, outlining a history of capitalist development from the perspective of slavery. However, in the end, it is not the historical perspective that becomes a matter of overriding importance, but the archaeology of the present and the reflection on slavery as a symptom of the future of work. If we want to imagine a different kind of employment than hired work based on hierarchy, subordination and violence, we need to rethink its most radical extreme, which is modern slavery.

We are showing slavery as a global contemporary phenomenon in its various forms and expressions, related to dramas and biographies of various people from a range of different cultures, religions and races. What we want to underline, however, is the fact that slaves don’t live on faraway, phantasmatic and unreal plantations, but also right behind the wall of the most sophisticated restaurant in Warsaw. After all, in slavery indexes, Poland ranks in the disgraceful first place in the European Union. So, we will tell you also about today’s Warsaw and its slavery stories – stories of particular people. For this very purpose, we have attempted a documentary investigation. Its reconstruction constitutes a significant part of the performance-exhibition. The attempt to understand slavery in contemporary Warsaw gives rise to a new topography of the city. We are talking about it by creating a particular alternative counter-cartography of urban violence.

Each crisis of capitalism and the resulting slump of the economic growth requires the process of primary capital accumulation to be repeated in a new form. Precisely then, dispossessions, particular movements of human masses and migrations occur, and new forms of colonialism emerge. This is also when slavery gains a particular significance. It is not a barbaric relic of the past, an oriental mirage looming into view out of historical accounts of journeys to Africa. It is not only a fantasy about the 19th century American South, or the image of ships transporting slaves to Americas within the transatlantic slave trade. Currently, all over the world, there are much more slaves – people who are not paid at all for their forced labour – than crossed the Atlantic during the 350 years. According to the Global Slavery Index from 2016, there are currently as many as 45.8 million people living as modern slaves. There isn’t much that we know about them. 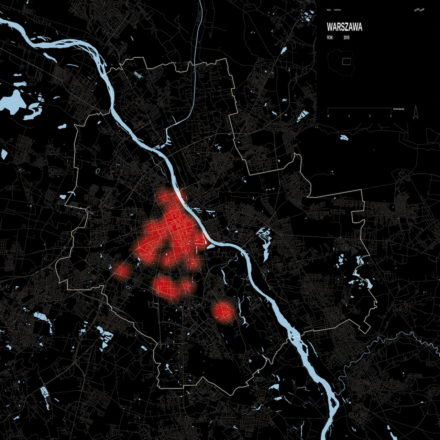 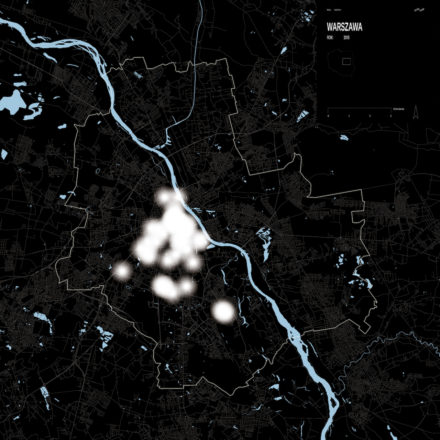 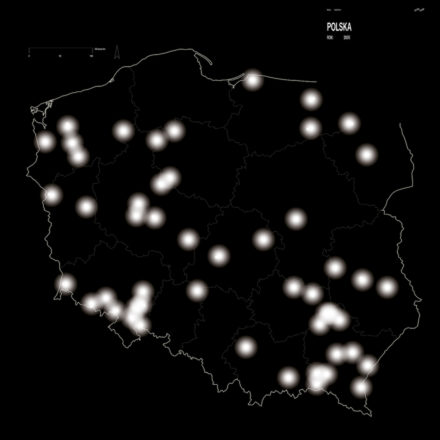 The performance includes a description of the real situation of sexual violence.

“A Modern Slavery” directed by Bartosz Frąckowiak presenting the phenomenon of forced labour in
Poland.
Partner