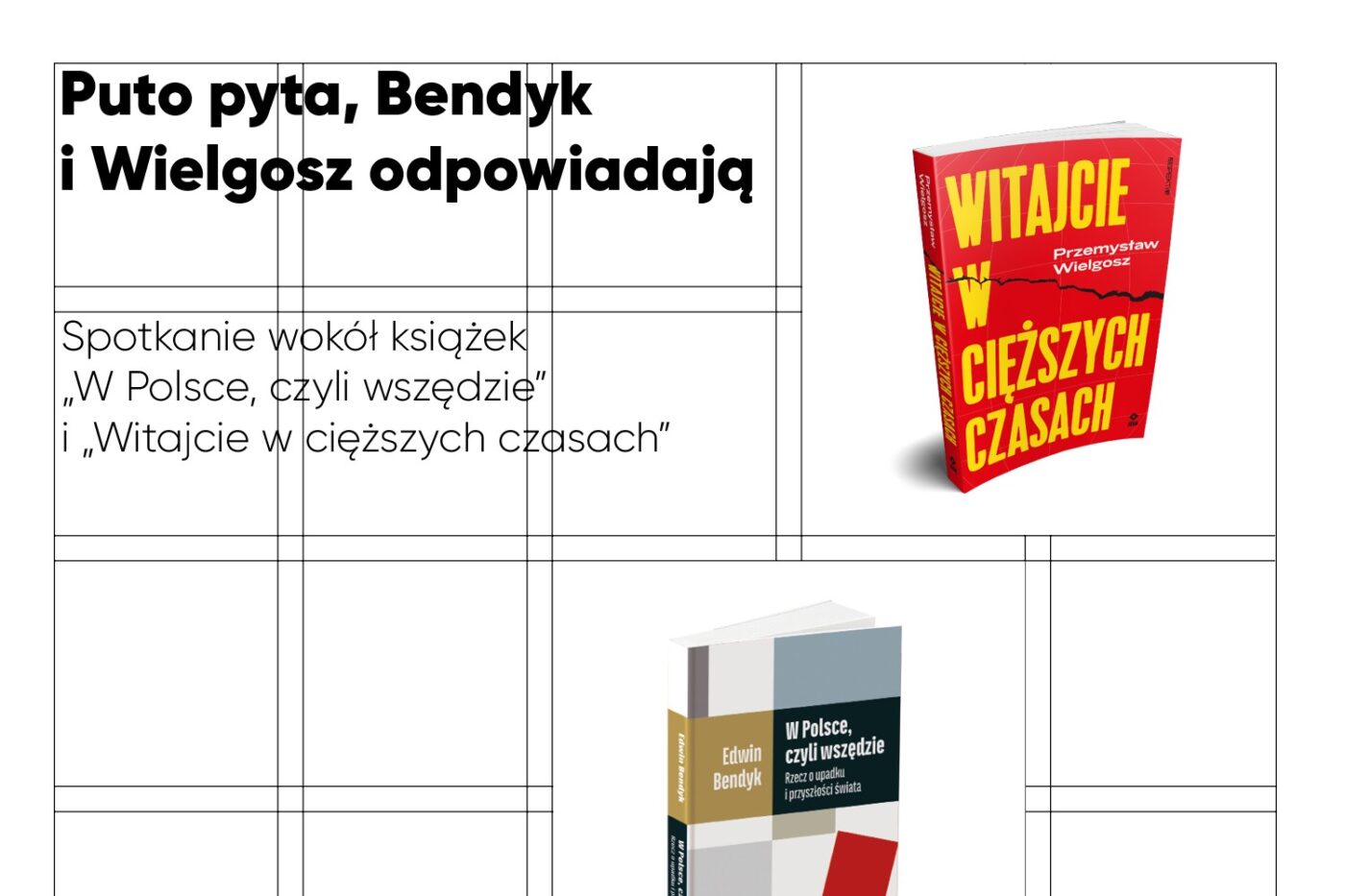 “Witajcie w cięższych czasach” [Welcome to harder times] by Przemysław Wielgosz is not only another voice in the debate on contemporary times, but also an attempt to go beyond its boundaries. The Author indicates that the mainstream discourse has inclined dangerously in one direction, while convincing us that the time has come of strong authority and nationalism, that politics holding corporate profit above the needs of people and environment is the only rational option, and that in a country such as Poland there is no place for reproductive rights of women, and the only alternative to the PiS regime is the return to disgraced neoliberalism.

The book was published as part of the PERSPECTIVES series in which Wydawnictwo RM will collect publications with a critical penchant. The series will feature book focusing on socio-political issues in Poland and across the world post-1989.

“W Polsce, czyli wszędzie. Rzecz o upadku i przyszłości świata” [“In Poland, so everywhere. On the collapse and future of the world”] by Edwin Benedyk is a tale about the end of our world, and an attempt to reflect on what we can do when we see with increasing clarity the oncoming dusk of the civilizational model which we have been building for the last couple decades. It all starts with a dramatic question: will Poland survive until 2030, or will it repeat once again the scenario of decay and collapse? This book is a tale of Poland and the world that ends, and about the possibility of new and letter opening.

The meeting will be held on Zoom, recorded and streamed on Facebook channel of Biennale.

A web doc about energy