Wojciech Kucharczyk (b. 1969) is an audiovisual artist, musician and activist. He has recorded over 100 albums, had multiple exhibitions and concerts around the world – both music and dance performances – and is also the author of several books and albums, as well as many other projects. Since 1995, he has run Mik Musik – a record label – and has been making music publishing under various aliases. In 1994 he received his diploma in painting, installation and lithography at the Katowice Academy of Fine Arts and set out on his dream voyage. Earlier he had traveled the world by tracing his finger on a map, has been fascinated by African music, had co-created Mołr Drammaz, and traveled to Germany for work once. In his work from the mid 1990’s, political transformation, expanding capitalism, the opening of Poland’s borders and the development of technology are all intertwined, creating eclectic images representative of shoddy globalization and provincially perceived internationalism. Transformations of the geopolitical landscape were simultaneous with the dissemination of new communication and reprographic technologies – computers, the Internet, a color photocopier. The black and pink graphics were created based on the white and green matrices copied in negative on a color photocopier – sometimes only in a single copy. Working on the treshold between analogue and digital,  the unlimited potential of mass production is limited here to one print – a metaphor for the state of suspension between locality and globalization, and the familiar and the exotic. The dreams of travelling and reaching once-unattainable places are expressed in Polish with sidenotes in broken English. And much like fulgurites (the result of a lightning strike fusing sand into a hard mass), new forms and structures that result from violent shock therapy turn out to be extremely durable and still relevant. 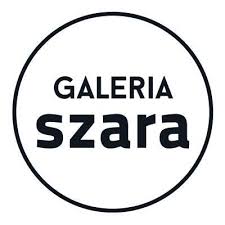