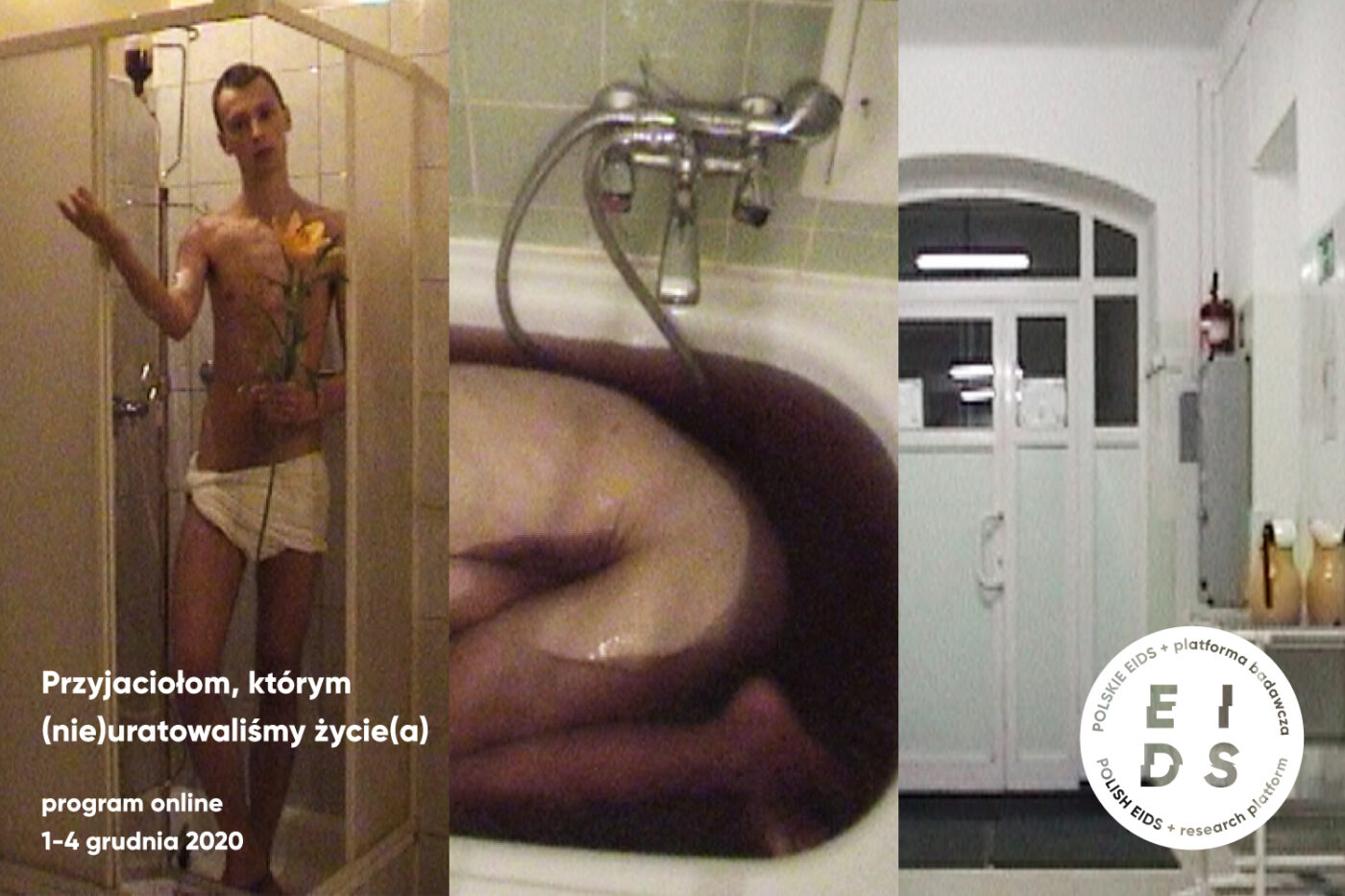 The film “50/50” will be available on Vimeo for 72 hours, from 2 to 4 December, until midnight (password: polskie_ejc).  English subtitles available

The passwords for both films will be published on 2 December 2020 at 12:00 on the website and on Facebook of Biennale Warszawa.

A documentary film “50/50” is composed entirely from footage filmed by Krzysztof Nowiński with his amateur camera while in hospital in 2006. It is a record of several extraordinary days of waiting for the results of an HIV test. Krzysztof planned to use the footage to create a film together with Dominika Długołęcka. His tragic death in 2010 shattered these plans. “50/50”, a film in memory of Krzysztof Nowiński, was created after his death. The film premiered during the 26th Warsaw Film Festival (2010).

Polish EIDS would like to thank co-creators of the documentary and friends of Krzysztof Nowiński for making this material available, and for their permission to organise the first screening in ten years. “50/50” is a unique creation: it is a testimony not only of a certain era and atmosphere around a HIV diagnosis, but above all, a voice of a young artist who wants to convey his experience and emotions that accompany the infection. We should watch Krzysztof Nowiński’s work having in mind Karol Radziszewski’s “Plus/Minus,” a video journal of the artist waiting for the results of an HIV test, from 2006 as well.

POLISH EIDS invites everyone to take part in four days of events inspired by the title of Hervé Guibert’s cult book, To the Friend Who Did Not Save My Life. The slogan of HIV 2020 conference (an alternative to the AIDS 2020 conference) emphasises the importance of the active participation of the community of people living with HIV. As POLISH EIDS, this year we would also like to draw attention to the activities of artists, activists and teams working in Poland which, in our opinion, change the culture of the conversation about HIV, focusing in their work primarily on the experiences of people living with HIV. We want to underline the role of friendship and shared reflection on the epidemic – the programme will feature an extraordinary event: streaming of the documentary “50/50”, unknown to the wider audience, and made in memory of Krzysztof Nowiński, as well as access to the corresponding video work “Plus/Minus” by Karol Radziszewski.

A documentary film “50/50” is composed entirely from footage filmed by Krzysztof Nowiński with his amateur camera while in...
23.11.2020

Research platform POLISH EIDS is thrilled to present an online presentation of “The Seropositive Files: Visualizing HIV in Mexico”...
05.11.2020