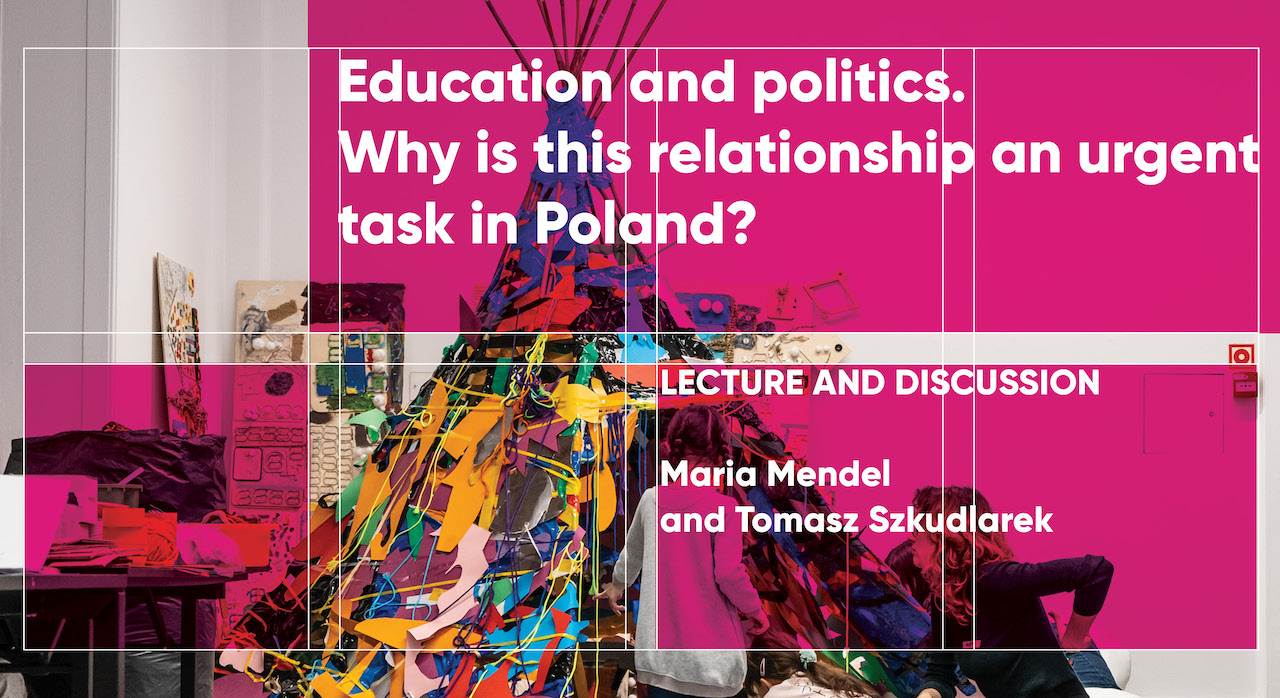 The opposition against the “politicization of education” is quite typical for the atmosphere of debates on the state of education, dominated by understanding it as an investment to secure a decent future for children, i.e. professional satisfaction, prestige and money. But then we forget that since its beginning, education – especially public education in its modernist incarnation – is a thoroughly political project; that next to objectives aiming at shaping individuality, it is closely linked to society-shaping objectives.

In our presentation, we will indicate the genesis of the political project of public education (including its mythical and religious sources) and its modern versions. We will also point out the long-term proximity of educational and artistic projects of intervention in the social world.

“Trans-individual organisation of society,” a well-known modernist mission, executed in Poland almost a century ago by artists who were also social activists and educators (Kobro, Jarema, Strzemiński, Wiciński and others), is one of the examples of understanding society as a task. A deeply educational and political one, as education oriented on what is social is realized in the public sphere, i.e. the sphere of politics. Nowadays, when not society, but the nation and the state become dominant leitmotifs in our public life, we should devote a moment to the reflection on public pedagogy, political by principle since it activates civic participation, and involved in shaping the space rich in the possibilities of conceiving that which is social and that which is shared.

Through activities on the intersection of art, activism, critical and social practice, we give voice to various groups of people.
06.02.2019

One of the ideas featured in the project RePrezentacje. New Education is the ethics of care and the empathy that goes with it, which became...
30.01.2019

School Space as a Science of Democracy