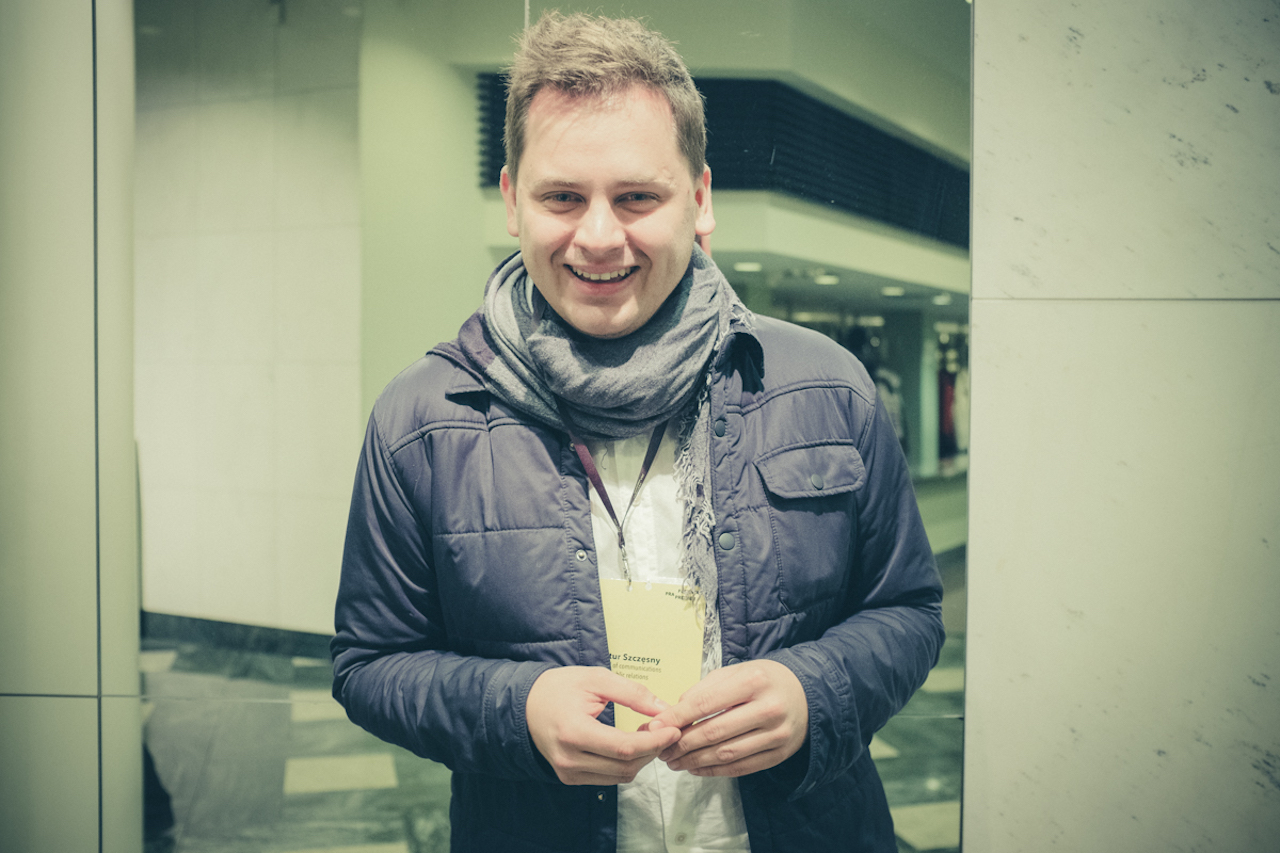 Master of Arts, graduated from the Krzysztof Kieślowski Department of television and Radio at the University of Silesia in Katowice. Currently he is a student of the post-graduate programme in Audience Development in the Institute of Cultural Studies of the Faculty of Social Studies of the Adam Mickiewicz University in Poznań. Communications Director at Biennale Warszawa. He served as the director of the communications and promotion department in Teatr Polski in Bydgoszcz during the tenure of Paweł Wodziński and Bartosz Frąckowiak (2015–2017). He previously headed the promotion and PR department at Teatr Polski in Bielsko-Biała. He worked as the press spokesperson of the Regional Cultural Centre in Katowice. We worked with the Zbigniew Raszewski Theatre Institute in Warsaw on, among others, the organisation of Warszawskie Spotkania Teatralne and coordination of the e-teatr.tv project, as well as with the Office of the European Capital of Culture 2016 Katowice – the City of Gardens. In the years 2011–2013 he was the representative of the Marshal of the Silesian Voivodeship in the committee of the Złota Maska theatre award. From 2009 he is the President of the Board at Stowarzyszenie Prokulturamedia in Katowice. Vice-President of the Board at HOBO Art Foundation in Warsaw.

Biennale Warszawa and Lagos Biennial from Nigeria carry out an exchange project within the Leadership Exchange Programme World Cities...
16.09.2019

Henceforth, Biennale Warszawa is the official name of the municipal interdisciplinary artistic institution

The City Council of the Capital City of Warsaw has decided on the new name and statute of Teatr...