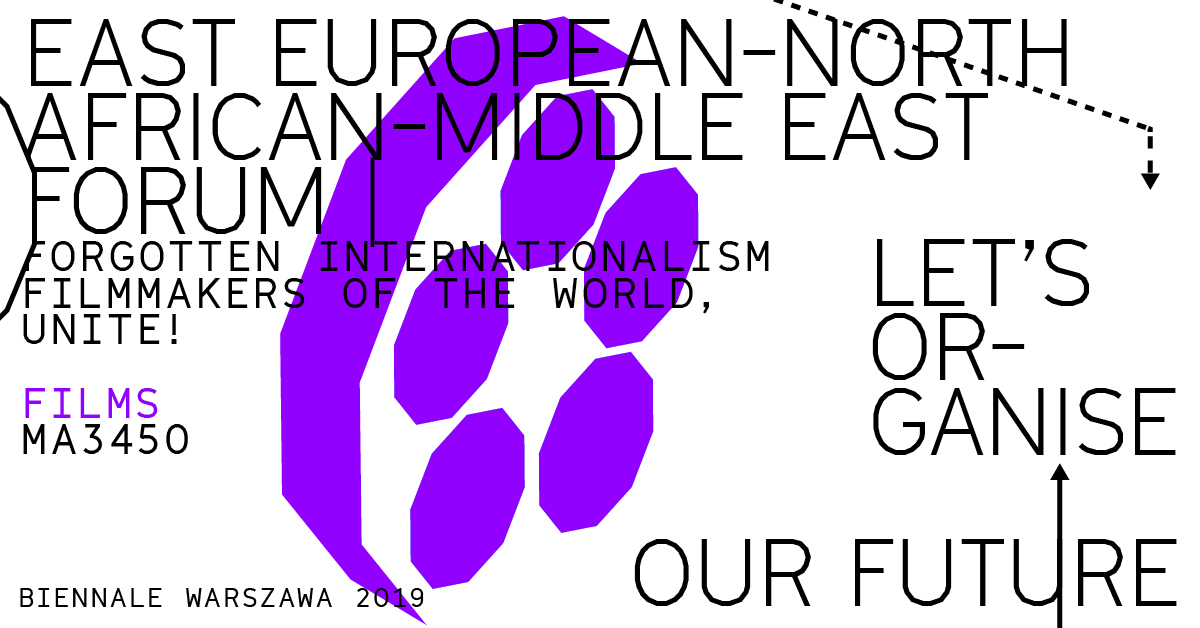 The theme of the evening is temporary residence of students from the “Third World” in Czechoslovakia and the attendant cultural exchange in the field of film, as well as the little discussed connection between the Czechoslovak and post-colonial culture.

The Algerian director Mohammed Lakhdar-Hamina (1934) and the Syrian director Nabil Maleh (1936-2016) are considered founding fathers of their national cinematography, key figures in Arab film. Due to their politically engaged and aesthetically radical work, they are also read and recognised on an international level. However, there is little acknowledgement of the fact that in the 1960s both studied at FAMU in Prague, a fact which necessarily influenced their work.

Other distinguished directors to study at FAMU include the Sri Lankan director Piyasiri Gunaratna (1939) and the Tunisian documentarist Hafed Bouassida (1947), as well as dozens of other directors, cameramen and scriptwriters from various countries in Asia, Africa and Latin America.

A whole range of students from the “Third World” studied in the socialist countries of the Eastern Bloc. This form of support was within the context of communist internationalism and solidarity with countries battling with the legacy of colonialism, albeit motivated by Cold War power struggle. Of the students who chose artistic disciplines, the largest number studied film, since this appeared to be an effective educational and political tool. The Gerasimov Institute of Cinematography in Moscow (VGIK), the National Film School in Łodź and FAMU in Prague thus made a contribution to the development of African and Asian cinematography.

Although, after their return home, each of the aforementioned film makers played a significant if not entirely key role in the development of Asian film, they left little behind in Czechoslovakia, virtually no trace in the local cultural memory. The evening is devoted to the films made by these directors during or immediately after their studies in Czechoslovak production and which remained stored in the Czech National Film Archive. They are abandoned images as today nobody lays any claim to them. At the same time, they are witnesses of a forgotten tradition of internationalism and an important cultural exchange. They remind us of the role played by Czechoslovak art in creating pathways to cultural emancipation of countries with a colonial past, and raise never-asked questions concerning the influence that these temporary residents had on Czechoslovak culture and politics. It is no coincidence that in some films of the Czechoslovak New Wave we find criticism of the racism that students from the “Third World” encountered. This was despite the fact that the mention of racism was taboo in Czechoslovak society at the time. An example of mutual influence is provided by the graduate film by Drahomíra Vihanová, a story of an African music student in Prague.

The films are in the Czech language (with the exception of Winter in Czechoslovakia, which is in Sinhalese) with Polish and English subtitles.

The films are in Czech language (with the exception of Winter in Czechoslovakia which is in Sinhalese) with Polish and English subtitles.

Pioneers of global solidarity. What the alliance of the People's Republic of Poland and MENA...

Similarly to other post-socialist countries, from the 1960s until its political transformation, Poland maintained permanent and close...
24.04.2019