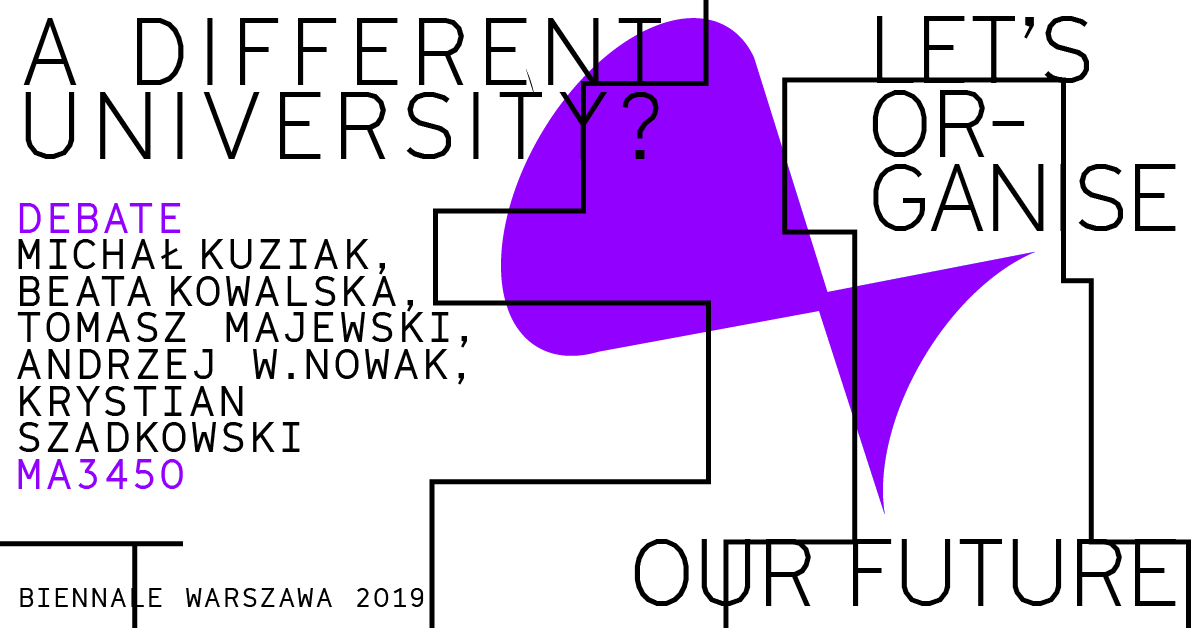 In 1995, Bill Readings published his book The University in Ruins – one of the most interesting publications diagnosing the condition of the university in late modernity. The author believes that the state of crisis in which the Humboldtian model of a university found itself stems from the processes of the collapse of the modern national state, whose legitimisation – both in terms of modernity and creating the national culture – it was supposed to serve. Capitalism, which is globalising the world in its neoliberal form, does not even need such a university; instead, it offers a university subject to the objectives of an instrumental mind, the principle of “excellence” understood in line with the logic of a bureaucratic corporation.

At the same time, following Immanuel Wallerstein for instance, we can talk about the crisis related to the understanding of the field of science and the disciplinary divisions that determine it. In this instance, they also have their historical character, which emerged in the late 18th and early 19th century, responding to the worldview of the times, including in the political and economic dimensions.

In Poland, within the reality of the constantly underfinanced university, which for a long time has been used by the state to implement social policies that enable reducing unemployment statistics, at a moment when one reform is closely followed by another to repair the previous one’s faults and generate new ones, we will try to ask questions concerning the possible and necessary university. A university that should be considered a common good, but which will be a sanctuary not only for cognitive benefits, which is obvious, but also for critical reflection, imagination and empathy, allowing for thought about the future and building good relationships with others.

Today’s humanities propose not only new languages for describing the world, or new topics, but they also call into existence new fields...
23.11.2018

Humanities beyond the academia

The change whose harbingers we can observe in the contemporary world concerns the formula of education and academia as well. After all,...
23.11.2018

The status of Marxism in Polish culture seems to be particularly spectral, both when it comes to its former, still 19th-century,...
23.11.2018

Posthumanism and what’s next?

The project devoted to contemporary humanities would not be complete without examining contemporary tendencies in posthumanism as well...
23.11.2018