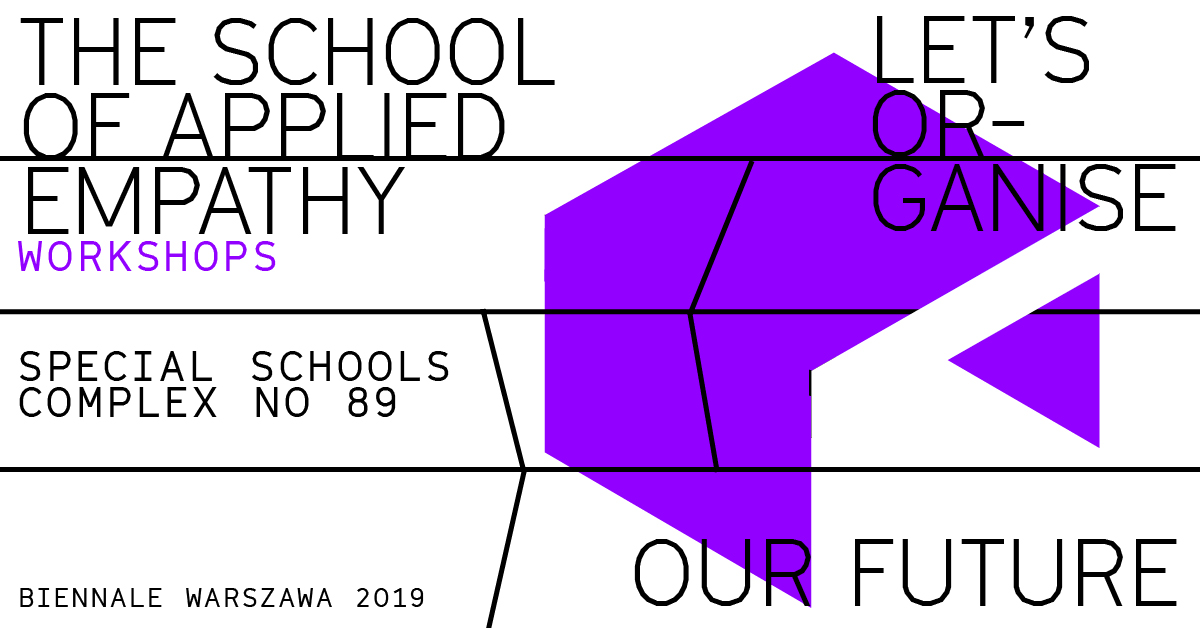 Difficulties and conflicts which we can observe both in the school and the theatre environment usually stem from difficulties in communicating. I regard the fact that teachers and artists are unprepared for teamwork and regular everyday coexistence as a systemic problem which requires immediate intervention. The consequences of this situation in the area of communication are immense and often constitute a real obstacle in activities that we carry out.

I treat the School of Applied Empathy as a project both developing and necessary in the artistic and social “Endless space” created within the “RePrezentacje” programme. The School was established for those who wish to build partner relations in a school team, theatre team, or any other community. The foundation of the programme are classes based on the Nonviolent Communication (NVC) concept created by Marshall Rosenberg. Of course, the School is not a systemic response to the problem; it is rather a temporary prototype and the proposed lessons are organised as “tuition” for children, youth and adults.

Marshal Rosenberg (1934–2015) was a clinical psychologist, mediator and creator of the method he called Nonviolent Communication. He grew up in the suburbs of Detroit where he was bullied by his peers a lot, mostly for his background. Rosenberg devoted his entire career to looking for the answers to two questions: “What drives people to use violence against other people?”, and “What makes it possible to remain empathetic and understanding even in the situation of a growing conflict?” He conveyed his ideas to teachers, parents, guardians, educators and social workers. He supported resolution of regional and ethnic conflicts in Israel, Palestine, Ireland, Russia, Bosnia, Serbia, Sierra Leone, Sri Lanka, Rwanda and Nigeria. He created an international organisation, the Center for Nonviolent Comunication (CNVC).

The film based on unique archive materials tells the story of the fight for a “new school”. In Europe traumatized by the WWI,...
24.04.2019