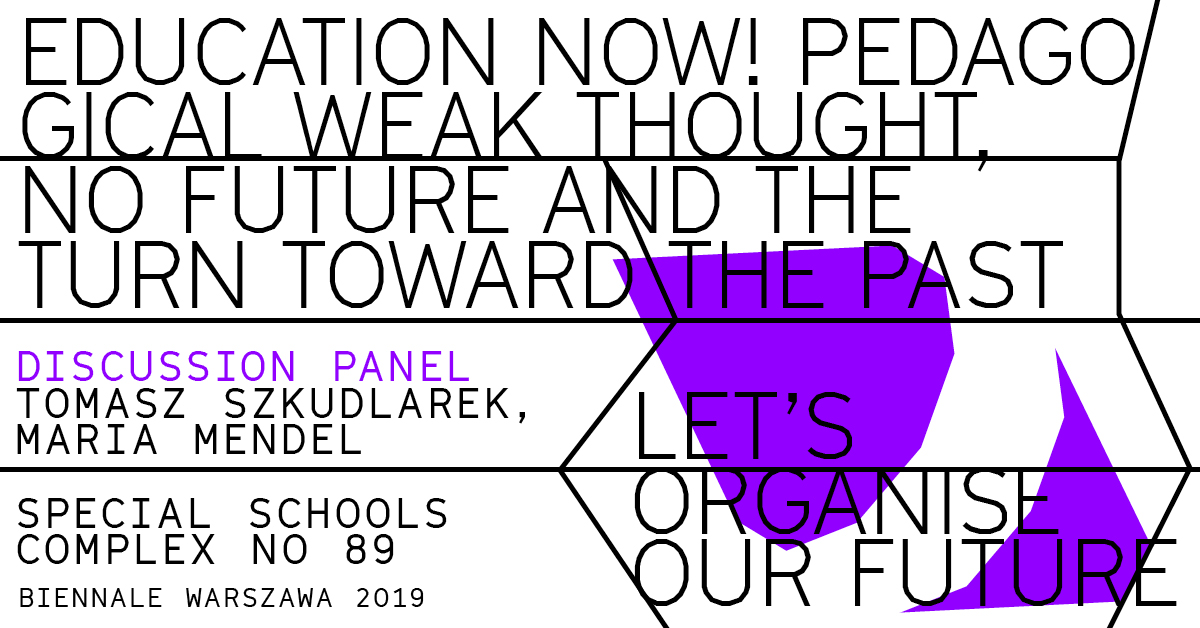 A modern education project is by its nature progressive and assumes educating for the future. However, it inevitably becomes entangled in conservative tasks of education oriented on cultivating the past and with liberal visions dominated by living “here and now”.

During the panel we want to initiate with our invited guests a discussion which will treat the problem of future not only in the categories of progress and hope, but also fear. We will consider the question of the present, but as a space haunted by the spectres of the past which does not necessarily mean the time past, as well as the phantasms of the future which, similarly, might or might not herald different, perhaps better times than the time we live in.

In this perspective, “now” can on the one hand mean a weak border, a liminal sphere between much stronger orders of the past and the future. On the other hand, the present can be understood as the dominant time due to the fact that, unlike others, is simply is.

In the course of our talk and the discussion which it will initiate, we plan to use our previous analyses concerning the retromania, currently dominating various political representations related to the idea of going back to the past and colonising the public space; we will talk about our studies on the spectral dimension of the present, historical and progressive politics, pedagogical narrative of the present and cultural negation of the future (no future). Everything in order to reconsider the status of education as a phenomenon of the present. How to live with spectres? How do we manufacture the future? What is the point of denying future – including the refusal to participate in politics? How to use the pedagogical dimension of the weak thought and the power of weak education?

The film based on unique archive materials tells the story of the fight for a “new school”. In Europe traumatized by the WWI,...
24.04.2019